The next generation of Ford’s mid-size pickup is on the way. The upcoming overhaul is about to bring a lot of changes, which is no wonder, considering that the current model has been around for almost a decade. At this point, we know a lot about the next generation and various reports also suggest a hi-performance version, in the form of 2022 Ford Ranger Raptor.

Of course, this model will be based on the standard version, but you may also count on a full load of upgrades. This refers to both mechanics and aesthetics, while big things are expected under the hood as well. We presume that the 2022 Ford Ranger Raptor will arrive by the end of 2021. 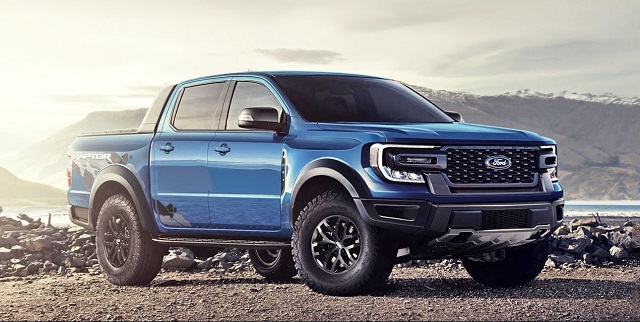 The next generation of this pickup is coming with several novelties under the hood. We already know that the well-known 2.7-liter V with around 335 horsepower will join the lineup. However, the 2022 Ford Ranger Raptor will come with something even more powerful. We count on a new 3.0-liter twin-turbo V6, which should feature the same numbers as in the new Explorer, which means around 400 horsepower.

Some sources suggest that the Australian version would rather stick with the diesel, though there is a chance to see both engines in the offer. Instead of the current turbo-four oil-burner, the new version should come with a 3.0-liter unit, with a max output of 185kW and 600Nm of max torque.

Both engines should come coupled with a 10-speed automatic transmission. 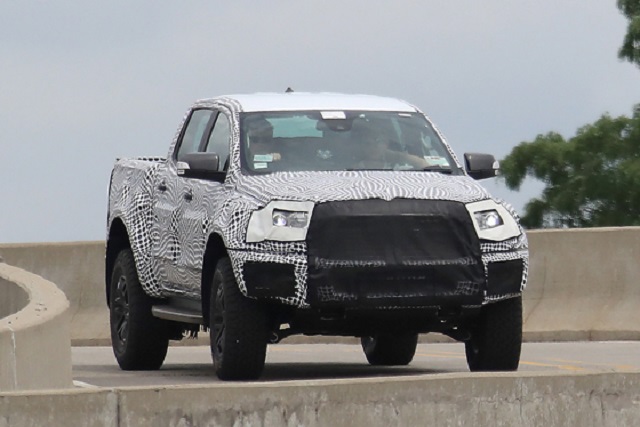 Of course, powertrain won’t be the only significant upgrade compared to the current generation. The 2022 Ford Ranger Raptor will be based on the new generation but there are notable upgrades to come as well. Of course, the first that comes to mind is the suspension setup, which will be designed to provide excellent off-road performances. Of course, we count on other off-road goodies as well, such as standard 4×4 drive system, low gear ratio, skid plates, locking differentials and many more.

Naturally, we count on the styling that follows all those mechanical upgrades. We should see pretty much the same approach as in the F-150 Raptor, which means things like the blacked grille, new bumpers, off-road tires with unique rims, skid plates and many more. We expect that the new 2022 Ford Ranger Raptor will be offered in the double cab layout only.

Big upgrades are expected on the inside as well. First of all, you may count on all the benefits that will come with the upcoming redesign. We expect a more attractive dashboard layout, we well as finer materials, along with more tech features and better ergonomics. Of course, further upgrades would be exclusive to the Raptor model.

Some of the things that come to our minds are those features that can be found in the F-150’s version with the Raptor badge. Therefore, some of the highlights will certainly be new materials and color schemes on the inside, as well as upgraded seats. Furthermore, we count on a lot of exclusive features, including “Raptor” stitching and similar things. Naturally, the list of standard equipment will be pretty long and should include all kinds of advanced tech goodies.

While some sources suggest that this version won’t be ready for the initial launch and that it would probably arrive in the second production year, others believe it could come already by the end of this year, as the 2022 Ford Ranger Raptor. At this point, it’s still early to talk about the price, but we presume that base models would cost around 45.000 dollars. Of course, key competitors would be models like Chevy Colorado ZR2, Toyota Tacoma TRD Pro, Jeep Gladiator Rubicon etc.

2022 Chevrolet Silverado EV: What We Know So Far