It didn’t take too long for the Jeep to expand its lineup. Well, the new Gladiator is out as the mid-size model, but it offers a powerful turbodiesel engine. However, the FCA will go after the performance-oriented model next year. The truck will appear as the 2021 Jeep Gladiator Hercules. We still don’t know details about it, but the first fan images appeared. Well, these are not so valid, since all we can see is a Rubicon model with new stickers.

It is a good start though. There are some hints about the upcoming vehicle, and fans rushed to show how they imagine the 2021 Jeep Gladiator Hercules. Of course, as a variation of the standard model, this one will have very similar styling. Well, the major things will happen under the hood, and we still don’t have any clues about the possible engine. Could a Hemi unit take place and launch over 700 hp for this special edition? We doubt since Ram 1500 is yet to get it. 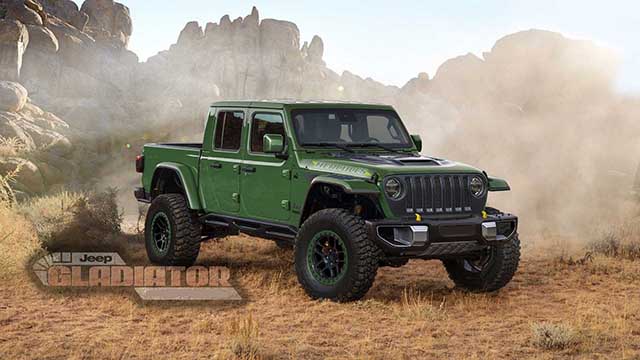 This is the only thing we know about the 2021 Jeep Gladiator Hercules. It will be capable to move everywhere. However, everything depends on the engine choice. We will see if the FCA is after an off-road monster, or this is going to be a street vehicle. Standard Gladiator is already capable to tow a lot. It can also perform well on tough terrains. But, the special version will push it even further.

Under the bonnet of the standard Gladiator, we will find petrol and diesel engines. The base one is a 3.6-liter Pentastar V6 unit that produces 280 hp and 260 lb-ft of torque. The other one is a turbodiesel V6 with the capability to deliver 250 hp and 440 pound-feet of twist. There are few versions of speculations about the 2021 Jeep Gladiator Hercules engine. The first one says that the truck will keep one of the existing drivetrains. In this case, the pickup would get a special tuning of the rest of the drive system. That means special suspension and shocks. So, the Gladiator truck will be something similar to TRD Pro package Toyota offers for their truck.

The other possibility is to beef up the drivetrain and install the unit that creates more power. Luckily, GCA and Jeep have plenty of powertrains for consideration. There is a pair of V8 units. A 5.7-liter is a lighter version with 360 hp and 390 lb-ft of torque, while a 6.4-l engine delivers 475 hp and 470 lb-ft. However, these big units would need a lot more space to lay under the hood. Optimists are sure that the 2021 Jeep Gladiator Hercules is getting the most powerful engine in the family – a 6.2-liter supercharged V8. Sadly, we don’t believe this is going to happen.

The 2021 Jeep Gladiator Hercules will be some kind of an upgraded Rubicon trim. It will offer more of everything. With such upgrades, the price will go up and the truck will be able to challenge toughest off-road models in the market. That is definitely Ford F-150 Raptor in the first place. Also, Toyota Tundra TRD Pro became one of the favorite all-terrain pickups recently. The new model will bring even more excitement. It is not happening by chance, but because of the growing competition. According to rumors, Chevy is already testing its Silverado 1500 ZR2. Also, the FCA is considering the Ram 1500 Rebel TRX which will become the most powerful truck in the production with 707 hp. 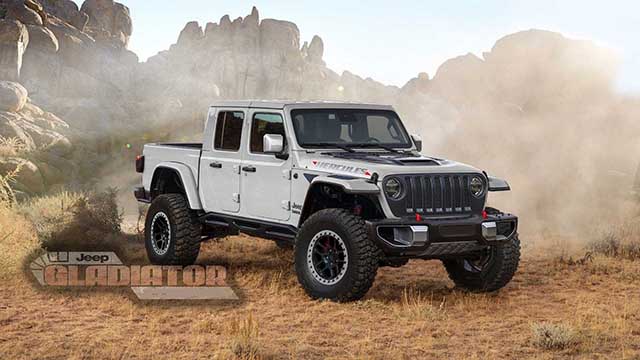 Other Trim Levels For the New Gladiator

At the presentation of the new pickup truck, Jeep immediately announced all trim levels. The company didn’t want their buyers to wait. Well, the orders are yet to start, but we know there will be four trim levels available for build. The base trim level is going to be Sport. The Sport S is still available under $40,000 without extras and options. Above this mark is Overland trim, while the top of the range level is Rubicon. The price easily jumps over $50,000 even if Overland model is selected.

Having this in mind, we believe that heavily-upgraded 2021 Jeep Gladiator Hercules will cost at least $70,000. Larger engine, more power, off-road tuning, are expensive additions. Also, its rivals won’t be cheaper. Well, Ford F-150 Raptor and Toyota Tundra TRD Pro are getting only drivetrain upgrades, but these trucks are using the same engines as their base models. So, their price is lower, at around $50k.

We will know more about the new Gladiator model next year. It is still early for the company to unveil any details since all enthusiasts will start investigating and asking for more information. Of course, the competition will support these efforts to see how to react when the new 2021 Jeep Gladiator Hercules hits the market. The pickup will stay under the radar for some while. In 2020 the FCA will unveil more about the new model. 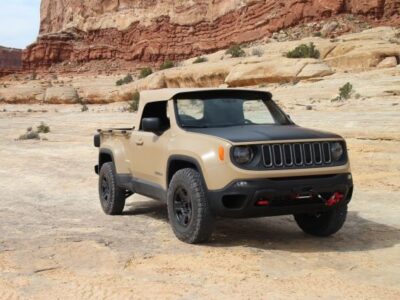 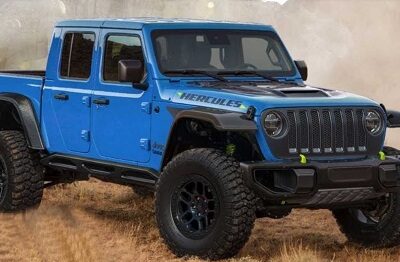 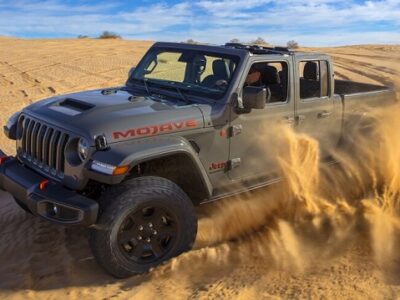 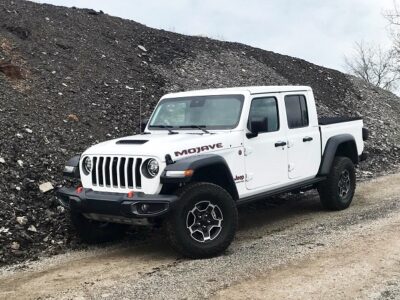