The new Maverick has completely changed the game in the pickup segment. Although it’s not the first pickup that rides on a unibody platform, it is the first one that comes at a very affordable price and offers a combination of great ride quality and a solid level of utility and practicality. The 2023 Ford Maverick will represent the second production year and normally, we wouldn’t expect to see bigger changes. However, the Blue Oval company is about to bring up the game with a new high-performance version called Top Gun Edition. It will bring a lot of upgrades, including a new, more powerful engine.

The rest of the lineup will continue in the same way. We are about to see a familiar design, which has a lot of great things to offer. We like this pickup because of its good handling, efficient and capable engines, nicely-designed cabin etc. We like it even more because of the fact that all this comes at a pretty affordable price. On the other hand, the compromise comes in the form of relatively small towing capacity.

The biggest novelty for the second production year will be the introduction of the new 2023 Ford Maverick Top Gun Edition. This will be a high-performance version of the pickup and it will bring all kinds of upgrades. First of all, it will feature a more powerful engine. We are talking about the well-known 2.3-liter turbo-four, which puts out around 295 horsepower and 310 pound-feet of torque. Also, the engine will come with a specially tuned 8-speed automatic transmission, which will include a new mode called “Sport Ultra”.

Besides more power, this version will also come with upgraded suspension, with tuned shocks and lower ground clearance. Furthermore, you may count on a couple of exclusive details, including several “Top Gun” graphics around the vehicle.

The rest of the lineup will continue in the same way. This pickup is primarily known for its unibody layout. It rides on the company’s familiar C2 platform, the same one that underpins models like Escape and Focus. However, it has most things in common with Bronco Sport, so it’s no wonder that the ride is pretty similar. In other words, you may count on a smooth and comfortable ride, with surprisingly sporty handling. That’s something you can’t get from traditional body-on-frame pickups.

On the other hand, the compromises come in terms of limited work capabilities. This pickup can’t tow as much as its BoF counterparts. The max capacity goes up to 4.000 pounds, though most versions can’t tow more than 2.000 pounds. For comparison, most mid-size pickups can tow way over 7.000 pounds when properly equipped.

The second production year shouldn’t bring any changes on the inside. We count on the same interior design, which is great in many ways. This cabin doesn’t feature high-quality materials but its funky dashboard design makes it look pretty appealing. Furthermore, the list of standard equipment is more than decent, which all makes this pickup a great deal, especially if we consider the price tag.

All Maverick models come in the same layout, in a crew cab style. Both rows are very generous with space and accommodate adults with ease. The front seats won’t blow your mind with side support and overall comfort but they are pretty OK.

Only one cargo bed size is available, and that’s a 4-foot 6-inch unit. As you can see, it’s not spectacularly big but it can be pretty useful and practical, especially if hauling isn’t your everyday activity.

While the new 2023 Ford Maverick Top Gun Edition is about to get a new, pretty capable engine, the rest of the lineup will continue in the same way. Base models will continue with a hybrid setup. We are talking about a system that’s based on a 2.5-liter inline-four, which gets help from an electric motor, for a combined output of 191 horsepower. The engine comes in pair with a CVT gearbox, which won’t provide you with a spectacular driving experience but on the other hand, fuel economy is excellent. You may count on about 40 mpg in the city and 33 mpg on the highway.

For those who are looking for something that’s more than just a daily commuter, there is the optional 2.0-liter turbo-four, which puts out around 250 horsepower. It ensures pretty good driving dynamics, while another big difference is the fact that this engine comes in pair with an 8-speed automatic transmission instead of CVT. The average fuel economy goes around 23 mpg in the city and 30 mpg on the highway. 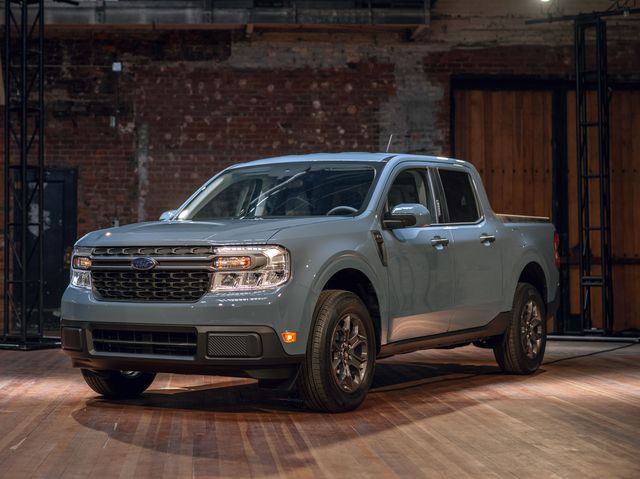 We expect that the 2023 Ford Maverick will hit the market sometime in the last quarter of the year, with a starting price of around 21.000 dollars. Of course, Hyundai Santa Cruz will remain the key competitor.