The Korean carmaker is finally about to enter the pickup market. After years of development, the long-awaited 2023 Hyundai Santa Cruz is about to arrive soon. The new pickup will be distinctive in many ways, as it features a little bit different design approach compared to rivals. Speaking of rivals, its key competitor will be Honda Ridgeling, because these two models will have the most similarities.

This means that Santa Cruz will be a unibody pickup truck. With a crossover-like design, it will offer a little bit different driving experience compared to genuine pickups like Toyota Tacoma or Chevy Colorado. It will be more about comfort and ride quality than towing and general utility. Also, it will feature one of the nicest cabins in the class, packed with a full load of tech and convenience features. Finally, you may count on two engine options, with the optional turbo-four that promises pretty respectable performance.

Of course, the most interesting thing about the 2023 Hyundai Santa Cruz is its base design. This will be a unibody pickup truck, based on a car-like platform. In practice, this means a much better handling and overall driving experience, including a crossover-like level of comfort. Such a design also provides notable weight savings and better fuel efficiency.

This pickup is smaller compared to most rivals. It features a shorter bed compared to other pickups in the segment but offers a very attractive appearance. The front end looks pretty much the same as the new Tucson, including that pretty distinctive grille design, with integrated headlights. That definitely helps standing out from the crowd, considering that most rivals rather feature more conservative designs. 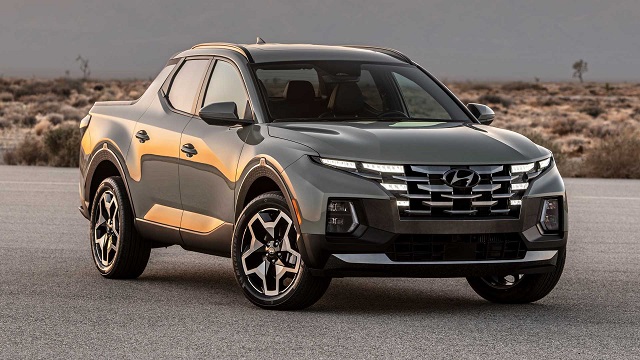 The 2023 Hyundai Santa Cruz may be smaller compared to Ridgeline and other pickups in the segment, but that doesn’t mean it’s tight. The Korean manufacturer sacrificed a little bit of bed length to provide enough passenger room in both rows and as a result, this pickup accommodates five adults with ease. The cargo bed is four feet long, which isn’t spectacular but definitely can be useful.

Besides enough space, this pickup also features a well-designed cabin. In a typical Hyundai fashion, the materials and overall build quality are really impressive and that will probably be one of Santa Cruz’s main trumps. Everything looks nice, while there is also a fair amount of tech features, starting from the standard 8-inch touchscreen and optional 10.3-inch unit. Things like wireless Apple CarPlay and Android Auto are standard, while an 8-speaker Bose audio system is available. 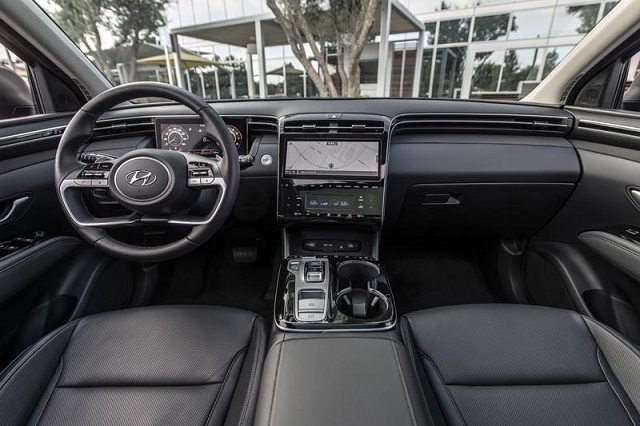 You can also count on a decent amount of safety features. For example, forward collision warning, automatic emergency braking, lane-departure warning and lane-keep assist are standard. Additionally, you can get goodies like blind-spot monitoring and rear cross-traffic alert.

The 2023 Hyundai Santa Cruz will come with two engine options on the offer. Base versions will use a familiar 2.5-liter inline-four, which puts out around 181 horsepower, which seems okay for daily commuting. The engine comes in pair with an 8-speed automatic gearbox.

If you are for something peppier, there is a new 2.5-liter turbo-four, which features a max output of 275 horsepower and 311 pound-feet of torque. The difference in performance is between the two engines is big, not only because of a large horsepower gap. The optional turbo-four also comes with a dual-clutch transmission, which shifts much faster and provides a sportier experience.

Neither of these two won’t impress you when it comes to towing, but the version with turbo-four is capable enough to provide 5.000 pounds of max towing capacity. That’s on par with Honda Ridgeline. On the other hand, the base model can tow around 3.500 pounds. 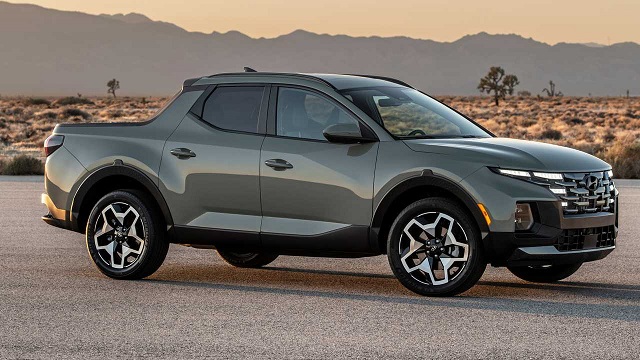 We expect that the 2023 Hyundai Santa Cruz will hit the market sometime in the next year, with a starting price of around 25.500 dollars. The turbo-four will be reserved for higher trim levels and such variants will be available from around 36. 000 dollars. 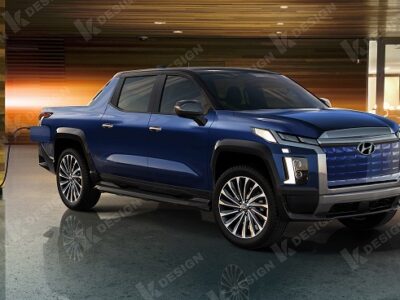 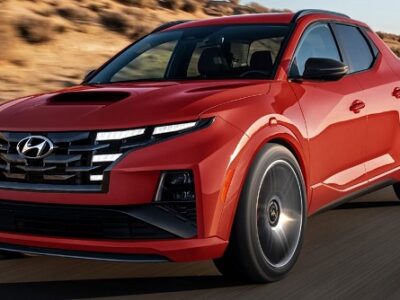 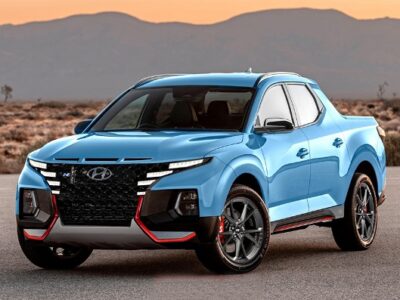