The 2023 Chevy Silverado will be pretty interesting if we can trust the latest reports. It looks like Chevy’s pickup will come in the same way as the 2022 model, which is about to receive a mid-cycle update. On the other hand, rumors suggest that this will also be a year of all-electric version’s introduction. At this point, the exact details are yet to come, so we can only speculate about this model.

The new all-electric version will actually be a completely new truck, with a different overall design compared to internal combustion siblings. The company will just use the well-known nameplate to boost sales of the initial version. Other than that, most things will be shared with the upcoming GMC Hummer EV. 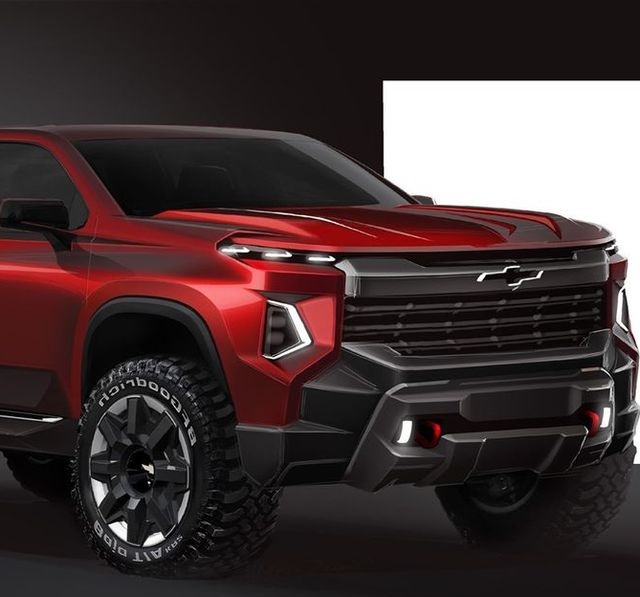 The all-electric version of the popular pickup is expected to be the biggest novelty for the 2023 Chevy Silverado. However, we are pretty sure that this model won’t have too many things in common with other Silverado models. Instead, it will share parts with the upcoming GMC Hummer EV. The two models will share the platform and most components. According to rumors, the new truck will be able to make around 400 miles on a single charge.

Does this also mean that the 2023 Chevy Silverado will feature the same setup of electric motors, which features a max output of 1.000 horsepower and 1.100 pound-feet of torque? It’s hard to say at this point, but we presume that range-topping versions could come with such a setup. On the other hand, base versions will certainly come with less power and a simpler setup.

We expect more details about the 2023 Chevy Silverado EV in the near future.

On the other hand, standard models are expected to carry on in the same way. In other words, the 2023 Chevy Silverado should continue with all the changes that are about to come with the 2022 model. To remind you, the upcoming model is about to receive a mid-cycle refresh, which will bring novelties in various aspects. 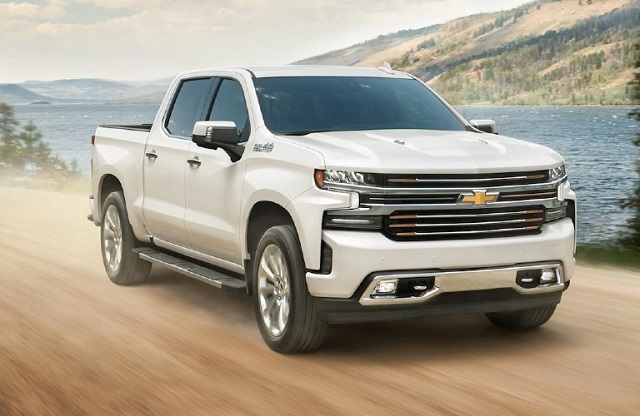 At this point, we know for sure that the next year’s model will come with an updated look. We expect to see a new front face, as well as a couple of revisions on the rear end. Other typical mid-cycle updates are also expected – things like new wheels, new color options etc.

We could also see a couple of mechanical changes. At this point, the officials are still quiet, but rumors suggest revisions on the rear axle, which would provide the higher payload and towing ratings. We are still waiting to hear something from the officials on this matter.

The same is expected with the interior design. The 2023 Chevy Silverado should follow design changes from the 2022 model, which will bring a new dashboard design. We count on new designs and nicer materials. The center stack will be completely revised and one of the most interesting changes will be in terms of the gear shifter. The old-school steering-column-mounted unit will finally be dropped and the new selector will be positioned in a more ergonomic place.

We count on new dashboard design, as well as on nicer materials. Also, it is expected that the upcoming update will bring novelties in terms of tech features. For example, we might see a new, bigger infotainment screen, while most reports also suggest that the Super Cruise semi-autonomous driving system will finally become available in the popular truck.

Changes regarding the powertrain are not expected. The 2023 Chevy Silverado is expected to carry on with familiar units, starting from a good-old 4.3-liter V6. However, we believe that most drivers will skip this engine and pick at least a 2.7-liter turbo-four, which puts out around 310 horsepower and 350 pound-feet of torque.

Finally, there is the diesel option, which will carry on with a familiar 3.0-liter V6, which puts out around 277 horsepower and 460 pound-feet of torque.

We expect that the 2023 Chevy Silverado will arrive sometime in the second half of the next year, with a starting price of around 30.000 dollars. Pricing for the all-electric version is still a mystery.