The Maverick was launched last year and we could say it formed a completely new segment of small unibody pickups, along with Hyundai Santa Cruz. Logically, we wouldn’t expect bigger changes for the second production year, but there are rumors that suggest a high-performance version of the pickup, which would come with all kinds of upgrades. The officials said that they were considering such a version, but there is still no official confirmation for its arrival. Allegedly, this model would wear the famous ST badge and arrive later in the year, as the 2023 Ford Maverick ST.

We may presume that the 2023 Ford Maverick ST would come with all kinds of upgrades. Of course, the engine is the first thing that comes to mind, but this pickup would come with other mechanical upgrades, particularly in terms of the chassis and suspension setup. Furthermore, we would see a lot of exclusive styling details, along with a couple of exclusive interior features. 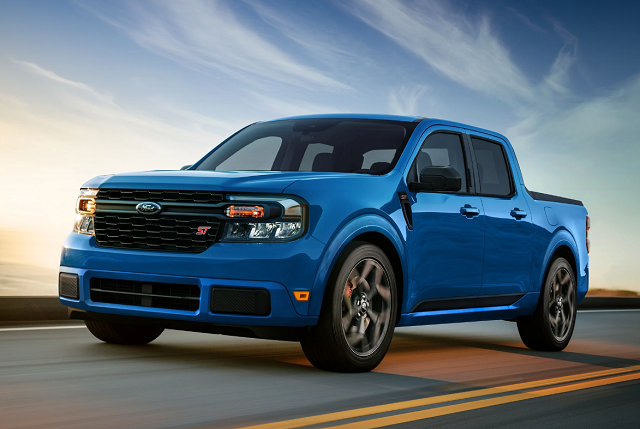 As we’ve just mentioned, the 2023 Ford Maverick ST would come with all kinds of updates. Of course, the base layout would remain the same, but we would expect some modifications in terms of the chassis and suspension setup. The stiffer suspension is the first thing that comes to mind. Combined with lower ground clearance, it would reduce body roll in corners and improve the level of athleticism notably. Furthermore, we would also expect to see bigger and more capable brakes.

Naturally, the 2023 Maverick ST would come with a couple of exclusive styling details as well, in order to accentuate the model’s high-performance character. This refers to the bigger, probably 20-inch wheels, more aggressive bumpers, new exhaust, exclusive color options and many more.

When it comes to interior design, we might see some exclusive details as well. This particularly refers to the color schemes and materials, while the list of standard equipment should also be longer compared to the rest of the lineup. 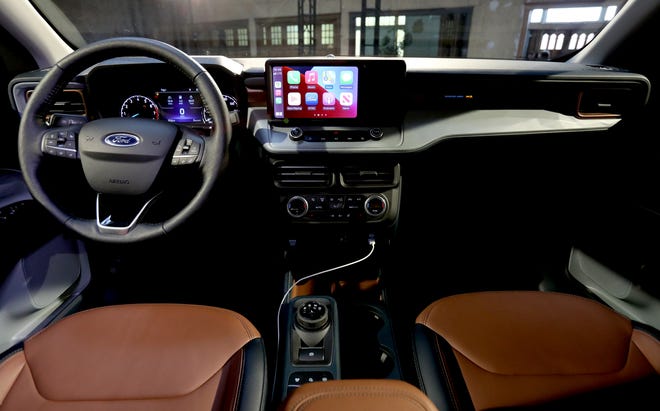 On the other hand, the overall cabin layout will remain the same. The 2023 Ford Maverick ST will also feature a crew cab layout, combined with a 4-foot 6-inch bed. So, we expect a spacious and comfortable cabin that accommodates adults in both rows with ease. The dashboard design will also remain the same, with the design that takes inspiration from the Bronco Sport, which looks rugged and refined at the same time.

Naturally, this would be the most interesting aspect of the 2023 Ford Maverick ST. We presume that the Blue Oval company would choose a well-known and proven 2.3-liter turbo-four, in the same version that powers the Mustang. This would mean a max output of around 330 horsepower. The engine would come paired with a 10-speed automatic transmission, while some sources also speculate about the available manual transmission.

In any case, we expect that all-wheel drive will be standard. Some sources also talk about the possibility to see all those drive modes borrowed from the Focus RS, such as Sport, Track and the legendary Drift mode.

The rest of the lineup would continue with familiar powertrain options, including a 191-hp hybrid system and the optional 2.0-liter turbo-four, which puts out around 250 horsepower. The hybrid comes in pair with a CVT, while the turbo-four comes coupled with 8-speed automatic transmission. 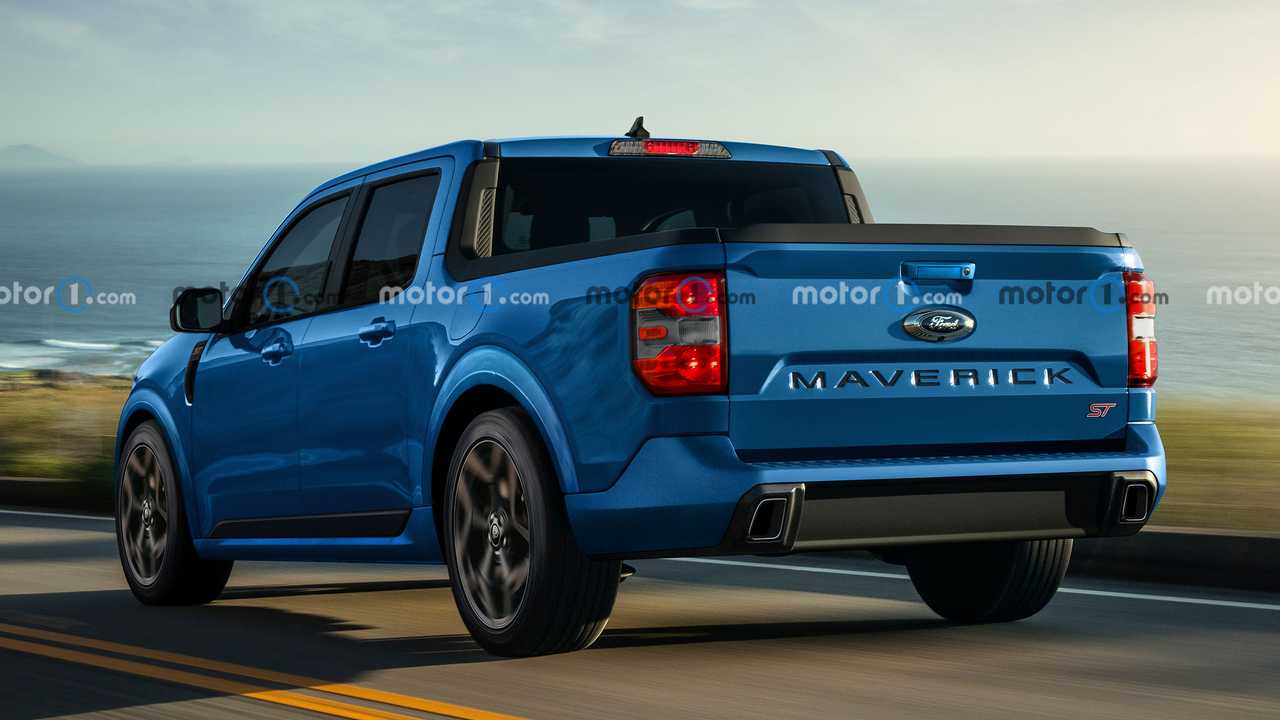 We believe that the 2023 Ford Maverick ST could arrive already by the end of this year, with an estimated price of around 40.000 dollars. Still, stay reserved, as the officials are still quiet about this model.