The new generation of the legendary F-150 is here and every time we see it, we are eagerly waiting to see its Super Duty iteration. According to the latest reports, the new generation will arrive next year, as the 2023 Ford F-350. The testing model has already been spotted and despite the camouflage, we can easily some in which direction is this pickup going.

Just like the half-ton version has brought mostly evolutionary changes, the new F-350 should bring the same kind of novelties. We expect an evolution of the current platform and that refers not just to the chassis and engines, but to aesthetics as well. Of course, we expect to see a completely new interior design, which should make the new cabin more competitive with the attractive and convenient Ram HD series.

The new generation is currently in the testing phase and we expect it will hit the market sometime in the second half of 2022. 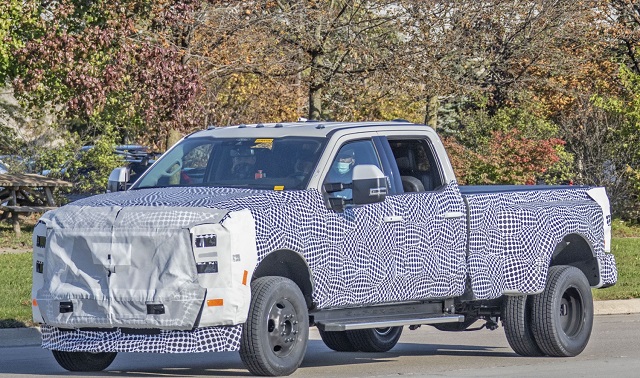 As we’ve just mentioned, the 2023 Ford F-350 shouldn’t bring anything revolutionary. The overall layout will remain the same and this primarily refers to the chassis and platform in general. This means a body that’s made mostly from aluminum and HSS. Thanks to such a design approach, this model is lighter than competitors. At the same time, it is as rigid and even more capable in several aspects.

Naturally, we also expect to see a new styling. The testing model has been spotted on the road and despite the camouflage, we may presume that a lot of inspiration will be taken from the new F-150. Of course, every aspect will be enhanced, in terms of a bolder and more muscular design. We also expect to see a couple of exclusive details, which will separate this model from the 3/4-ton F-250.

Some of the biggest improvements are expected on the inside. The current cabin looks nice but the Ram 3500 looks way better. So, we presume that the Blue Oval company will try to keep up. So, we expect to see nicer materials, better build quality and more attractive aesthetics. Naturally, we count on a lot of inspiration from the standard F-150 half-ton pickup.

Size-wise, the new model shouldn’t bring any surprise. In other words, the 2023 Ford F-350 should offer a familiar amount of interior space, no matter the cab configuration. Naturally, we will also see more tech goodies, including the new, massive infotainment screen, which will be options. Base versions should come with an 8-inch unit.

Finally, there is the well-known Power Stroke V8 turbodiesel, which currently puts out around 475 horsepower and 1.050 pound-feet of torque. We count on improvements regarding max torque with the next generation. With this engine, the current generation can tow up to 37.000 pounds, so the new model could become even better in this aspect. 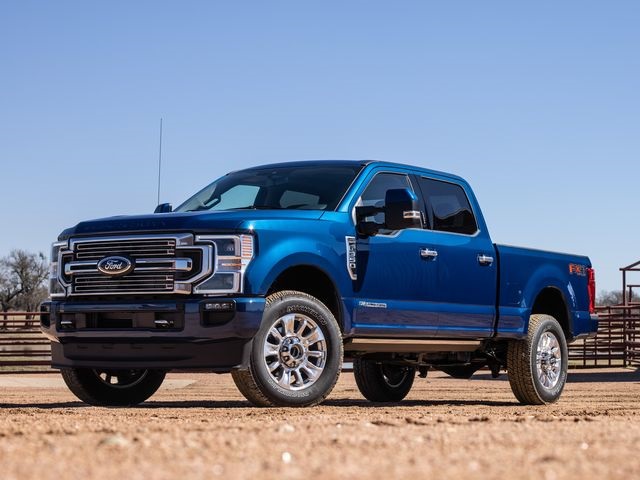 We expect that the 2023 Ford F-350 will hit the market sometime in the second half of 2022. The current model starts at around 38.000 dollars. We don’t believe that the current generation could bring a bigger increase.