The recent redesign has brought a lot of novelties and, without any doubt, a hybrid powertrain is one of them. For the first time, we have a hybrid version of the world’s best-selling pickup truck, which brings some pretty impressive results in terms of economy and performance. The recent redesign has also brought a lot of other novelties, so we are pretty sure that the 2022 Ford F-150 Hybrid, which will represent the second production year, will come without more important changes.

You may count on a pickup that isn’t just efficient, but also provides solid performance and offer good capabilities. Furthermore, the recent redesign has brought a new styling, new interior several more novelties which will help F-150 to retain its undisputable leading position on the market. We expect to see the 2022 Ford F-150 Hybrid sometime late in the year. 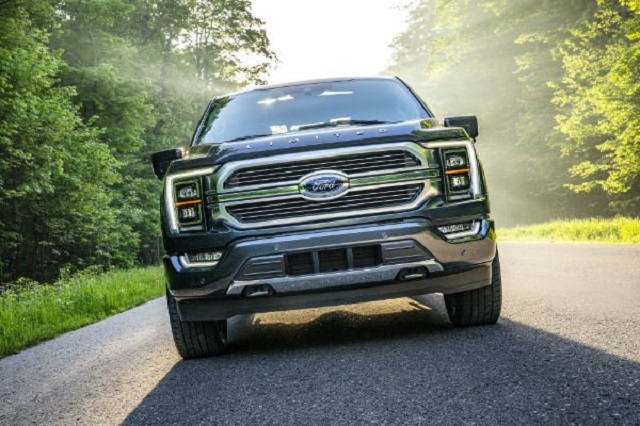 Of course, this is the most interesting part of the 2022 Ford F-150 Hybrid. Since we are talking about the second production year, things will remain the same. Therefore, you may count on a setup that is based on a 3.5-liter twin-turbo V6, which comes in a combination with a 47-hp electric motor and a 1.5-kWh battery pack. The total output goes up to a pretty respectable 430 horsepower and 570 pound-feet of torque, which ensures pretty impressive performances.

This doesn’t refer to speed and acceleration only, but to working capabilities as well. The max towing capacity goes up to 12.700 pounds, which is pretty impressive. At the same time, fuel economy is notably better compared to gasoline models and goes around 24 miles per gallon in a combined drive.

Other than the powertrain, the 2022 Ford F-150 Hybrid won’t be any different compared to the rest of the lineup. So, you may count on all the novelties that came with the recent redesign. This overhaul wasn’t as radical as the previous one. We didn’t see that significant weight reduction and implementation of new technologies, but there are still notable improvements in terms of chassis setup to mention. The new model drives better and that’s particularly noticeable in terms of handling. 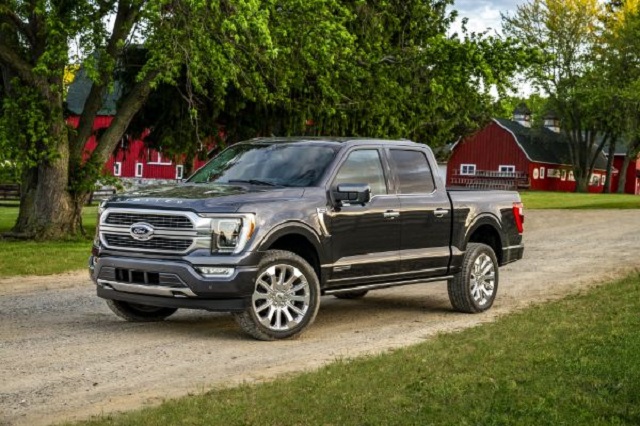 When it comes to the styling, changes were also pretty subtle. The overall shape has remained pretty similar, while the biggest changes happened at the front, where you can notice a new face, which looks attractive but doesn’t go too extreme in terms of styling solutions.

The recent redesign has brought big improvements on the inside. Although the new cabin isn’t as luxurious as Ram’s one, it offers pretty good build quality, while the materials look really nice. Also, the dashboard looks better, just like the center console, which is more massive and brings a bit of extra in terms of premium feel.

The thing we like about this hybrid version is that the powertrain is available across the whole range. So, you can pick any trim level and optional package you like and enjoy this electrified powertrain. Therefore, the offer will start with the XL trim level, which comes standard with tech goodies like an 8-inch touch screen, a Wi-Fi hot spot, USB ports, Bluetooth, Android Auto, and Apple CarPlay. The most luxurious variants such as Platinum and Limited come with a 12-inch touch screen, navigation, an eight- or 18-speaker Bang & Olufsen audio system, satellite radio, HD Radio, wireless Android Auto and Apple CarPlay, wireless device charging, a moonroof, dual-zone automatic climate control, push-button start, remote start and many other goodies. 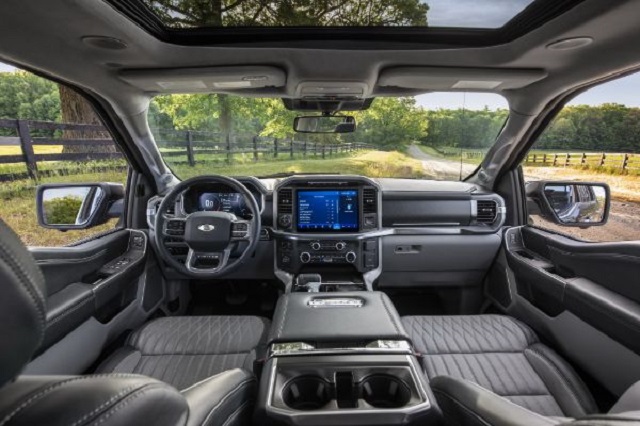 We expect to see the 2022 Ford F-150 Hybrid sometime late in the year, with a starting price of around 42.500 dollars. We expect that the upcoming next-generation Toyota Tundra with its hybrid powertrain will be the biggest rival.