The next year is about to bring a lot of novelties in terms of electrified pickups and without any doubt, the 2023 Ford F-150 Electric will take a special place. The world’s best-selling pickup has been redesigned last year and we are now waiting for its all-electric version. According to the latest reports, this pickup will hit the market sometime in the second half of the year and we have pretty big expectations from it.

From what we know so far, the electric F-150 will look a lot like the standard version. The exterior design will be pretty similar, while the interior should look largely the same. On the other hand, traditional gasoline engines will be replaced with electric motors and a large battery pack. The new 2023 Ford F-150 Electric will be able to tow up to 10.000 pounds, officials say. 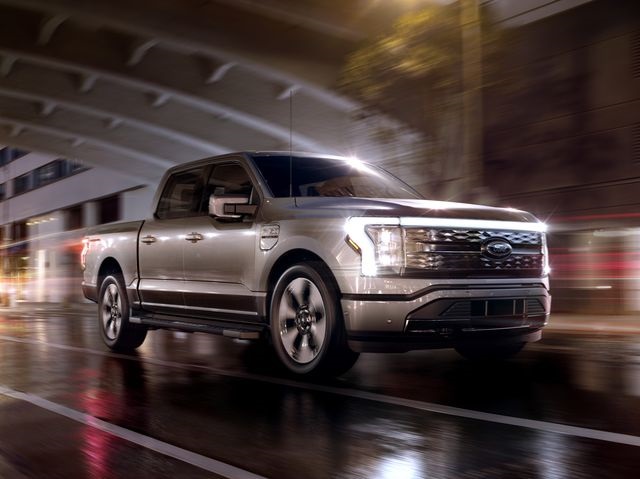 As we’ve just mentioned, the 2023 Ford F-150 Electric will look a lot like the gasoline-powered version. The exterior design will look largely the same, which just a couple of details that will accentuate the model’s all-electric nature. On the other hand, the chassis should be the same and we don’t expect to see bigger differences regarding suspension setup and similar things.

However, one of the differences will be the number of customization options. While the standard F-150 is available in various kinds of configurations, regarding cab style and bed size, this model will be offered in just one variant, with a crew cab layout and 5.5-foot bed.

Considering that the F-150 is the most popular pickup on the market, it makes sense that engineers aren’t willing to experiment with the cabin design too much. From what we can see in the photos, the 2023 Ford F-150 Electric cabin will look pretty much the same. We expect to see nothing more than a couple of cosmetic changes, such as exclusive color schemes, as well as a couple of exclusive tech features.

Speaking of the tech features, we count on a lot of standard equipment. Base models will come with a massive 12.0-inch touchscreen with the latest SYNC4 infotainment system, while an even bigger 15.0-inch unit will be available. Furthermore, the list of standard equipment will include wireless Apple CarPlay and Android Auto smartphone integration, as well as safety features like automatic emergency braking, pedestrian detection, lane keep assist, lane departure warning etc. Of course, higher trim levels will offer even more.

We have finally come to the most interesting aspect of this pickup. From what we know so far, the 2023 Ford F-150 Electric will come in two variants. Base models will come with a combination of electric motors that produce around 426 horsepower, which will be enough for a max towing capacity of 7.700 pounds. On the other hand, the Extended Range version won’t feature just a bigger battery, but also more power. In numbers, that would be around 563 horsepower and 775 pound-feet of torque, which will ensure much better driving dynamics, as well as a max towing capacity of up to 10.000 pounds. 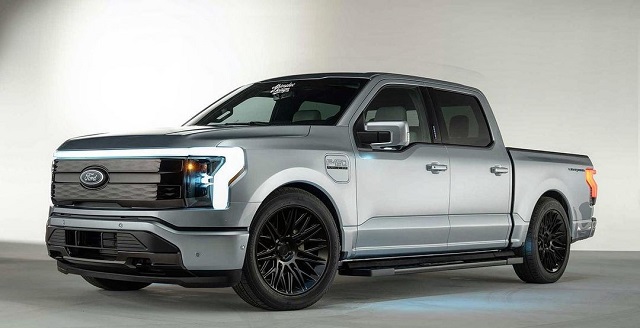 We expect to see the 2023 Ford F-150 Electric on sale in the last quarter of the year, with a starting price of around 42.000 dollars. Key competitors will be models like Chevy Silverado EV, Tesla Cybertruck etc.