Pickup trucks aren’t just a North American thing, they are popular in Latin America as well. In Mexico, the market of full-size pickups is strong and, of course, the American trucks are present there. Chevy is no exception, as it offers its well-known pickup, which is best known as Silverado. However, GM uses different nameplate in this part of the world and offers a good-old Cheyenne name, which one once used in the U.S. too. Other than the name, things are pretty much the same as on the North American Silverado. So, if we consider the recent update, we may presume the same thing in Mexico as well. Most likely, this update will come with the 2023 Chevy Cheyenne, which should bring all kinds of novelties.

The first version to bring the updates will actually be an all-new ZR2 model which will, besides significant off-road upgrades, also bring novelties on the inside, new features etc. Later in the year, other versions of the Cheyenne should bring novelties as well. 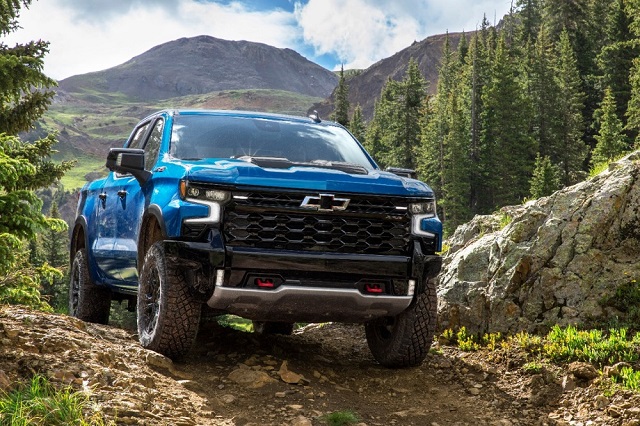 The first version to come will be the 2023 Chevy Cheyenne and the latest reports suggest this version could hit the market in the first half of the year. As you may presume, this version will bring all kinds of upgrades. We are talking about an off-road model, which will come with an upgraded suspension and 2 more inches of ground clearance. Furthermore, you may count on all kinds of other off-road hardware, such as skid plates, locking differentials, off-road tires etc.

Of course, this version will bring a couple of aesthetical upgrades as well, which will accentuate the model’s off-road nature. Also, it will come packed with a full load of tech features, starting from a 13.4-inch infotainment screen, 12.3-inch instrument cluster, wireless Android Auto and Apple CarPlay etc. Under the hood, this model will feature a well-known 6.2-liter V8.

The rest of the lineup will come a little bit later and it is expected to bring all kinds of changes, pretty much the same ones we saw in the North American Silverado. This means we may count on a couple of cosmetic changes, especially at the front, in areas like the grille, bumper etc. 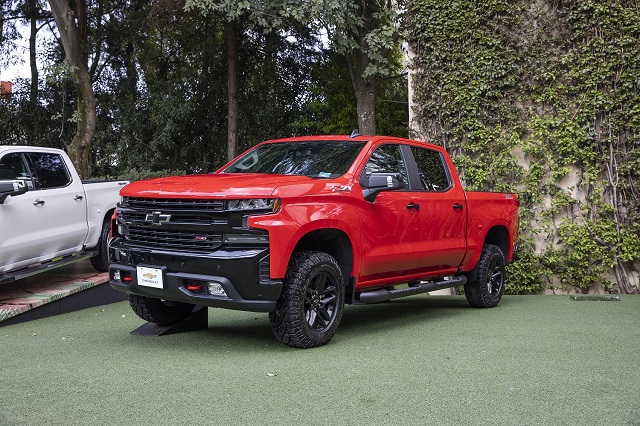 On the other hand, the mechanical aspect of the vehicle will remain the same. You may count on the same platform and same overall layout. Just like the current model, the 2023 Chevy Cheyenne will come in various configurations, with either single or double cab, different bed sizes etc. Also, we expect to see the same trim level organization, which includes four familiar models, plus the new off-road. Those would be LT, RST, Trail Boss, High Country and ZR2.

Big changes are about to come on the inside. We expect that the 2023 Chevy Cheyenne will adopt the same design we saw in the 2022 Silverado, which includes a completely new dashboard. Compared to the current dash, which is carried from the previous generation, the new one comes with a much nicer design. The aesthetics bring much more style, while it’s also really easy to notice that the materials are much finer than before. The center console has also been revisions and there, you can find a new shifter, instead of the old-fashioned one that’s mounted on the steering column.

Finally, there is a generous list of new tech features. Of course, a massive 13.4-inch touchscreen is the first thing that comes to mind, but there is also a 12.3-inch instrument cluster, wireless smartphone connectivity, more safety features etc. 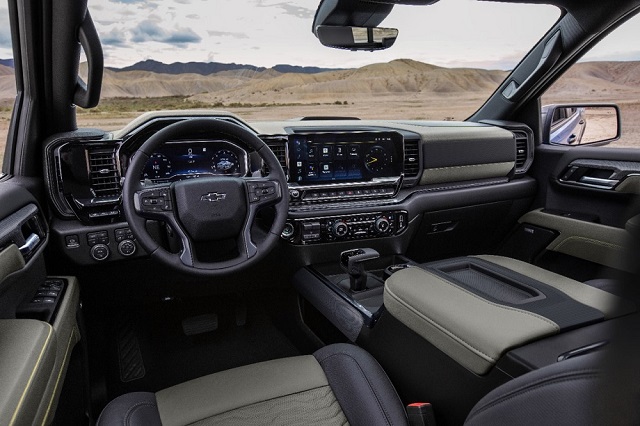 Unlike other aspects of the vehicle, this one won’t change. We are about to see two familiar V8 gasoline units, the same ones that power the U.S. version of the truck. Base models will continue with a 5.3-liter V8, which features a max output of 355 horsepower and 383 pound-feet of torque. Currently, this engine comes in pair with 8-speed automatic transmission, but this update should bring a new 10-speed unit, we presume.

On the other hand, the range-topping models will continue with a bigger and more capable 6.2-liter engine. This one puts out around 420 horsepower and 460 pound-feet of torque and it is standard in the High Country model. It comes in pair with a 10-speed automatic transmission.

We expect that the 2023 Chevy Cheyenne will hit the market in the second half of the year, while the new ZR2 model is about to arrive in the first half of the year. Of course, key competitors are Ford Lobo and Ram 1500.

2023 Ford Ranger Tremor: What to Expect