The new generation of Ford’s Super Duty series is on the way and we have no doubt that the range-topping, F-450 version will be included in the offer too. This pickup has always been special in the way that it slots in between Super Duty and Medium Duty segments, offering strong performance and capabilities, along with the easiness of driving. The 2023 Ford F-450 is about to come all-new and we expect improvements in various aspects.

Of course, the first thing that comes to mind is capability, but the new 2023 Ford F-450 will also receive changes in aspects like interior design, styling, tech features and similar things that will make it more refined and easier to drive. Most likely, the new generation will debut sometime in the second half of 2022. 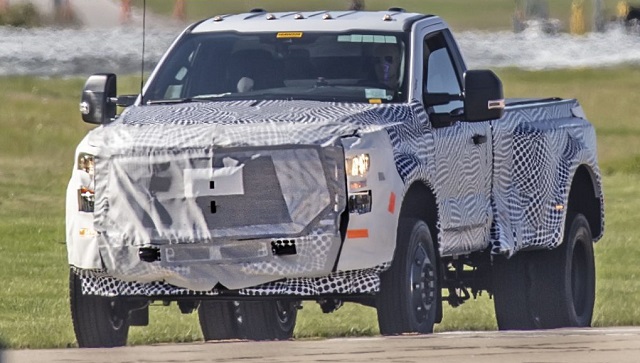 The new generation will certainly bring a lot of novelties but we are also pretty sure that Ford engineers will take the same approach as with the new F-150. This means we are about to see evolutionary changes mostly. The overall layout may not change, but we count on all kinds of important upgrades, especially in terms of the suspension setup, which should make the ride smoother and more comfortable.

Of course, we also count on a new styling. Count on a lot of influence from the new-generation F-150, especially at the front. Still, we are pretty sure that the new 2023 Ford F-450 will also come with a full load of exclusive styling features. Just like the current model, the new one will also come standard with dual rear wheels. 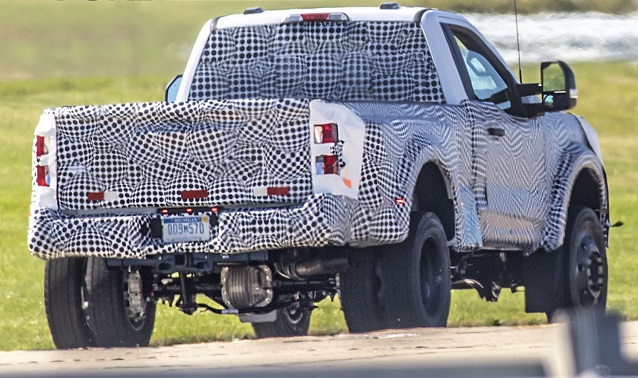 This aspect will probably bring some of the biggest changes. At this point, the details are still unknown but we are pretty sure that the dashboard will look pretty similar to the light-duty sibling. This means we should see a nicer design, as well as massive use of fine, high-quality materials. Naturally, the new model should also come packed with all kinds of tech features. Higher trims will probably use the same 15-inch infotainment screen as the F-150.

When it comes to cab style, we count on two familiar configurations. So, buyers will have a choice between a single and crew cab model. Both of them will feature the same cargo bed, which shouldn’t feature much different dimensions compared to the current 8.2-foot unit.

If you look at the current model, it comes with just one engine option on the offer. That would be a 6.7-liter V8 Turbodiesel, which currently puts out 475 horsepower and 1.050 pound-feet of torque. Of course, we wouldn’t be surprised if we see a slight increase in the new model, though the officials are still quiet on this matter.

When it comes to towing and payload capabilities, we presume that the new model will bring some improvements. Still, we don’t expect to see any significant changes compared to the current generation. For reference, the current model can tow up to 32.500 pounds, while the max payload capacity goes up to 5.320 pounds. 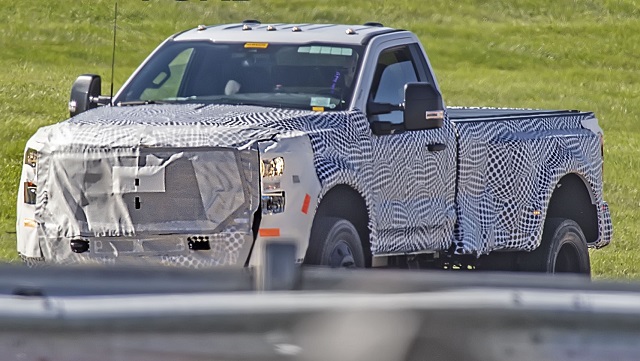 At this point, it’s still early to talk about a more precise date. Still, we believe that the launch will be scheduled for the second half of 2022. The current model starts at around 55.000 dollars and the new generation shouldn’t be much more expensive either.