The S-10 has a long history in North America, which has started four decades ago. However, today’s model doesn’t have too many things in common with the original, considering that it’s not even available in this part of the world. Instead, it focuses on the South American market, where it is one of the most popular pickup trucks. After the last year’s refresh, we expect that the 2022 Chevy S10 will continue in the same way, though there are some sources that suggest the introduction of the new High Country version.

In any case, the overall layout will remain the same. That means the next year’s model will continue with a very familiar design, which is largely the same as on the North American Colorado. The two nameplates are actually used for the same vehicle, though the South American model comes with a few tweaks regarding features.

We expect that the 2022 Chevy S10 will hit the market sometime late in the year. 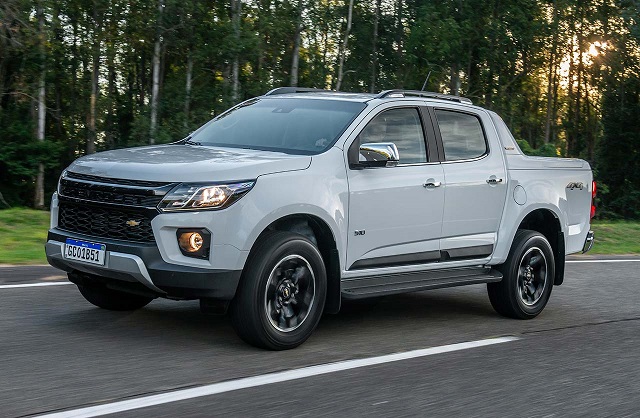 When it comes to the overall design, the 2022 Chevy S10 will continue with a familiar layout, which has been around 2012. Developed by GM’s Australian department, this pickup offers a great balance between comfort and practicality, and what’s worth mentioning, not many things have changed during this decade-long production cycle, at least when it comes to mechanics.

On the other hand, the last year’s update has brought a long list of cosmetic changes. The new model gets a few revisions at the front and not looks more appealing than before. Normally, we wouldn’t expect changes for the next year, after such updates, but rumors suggest different things. It looks like the next year may bring a new High Country version, which will stand out with unique styling solutions, making the truck look more luxurious than usual.

On the inside, the S10 doesn’t look much different compared to its North American twin. The overall cabin design looks the same and it hasn’t changed since the 2012 launch. It continues with a familiar dashboard design, which is mostly made from cheap plastic. It may not look particularly attractive but it offers a high level of durability and promises years of exploitation. 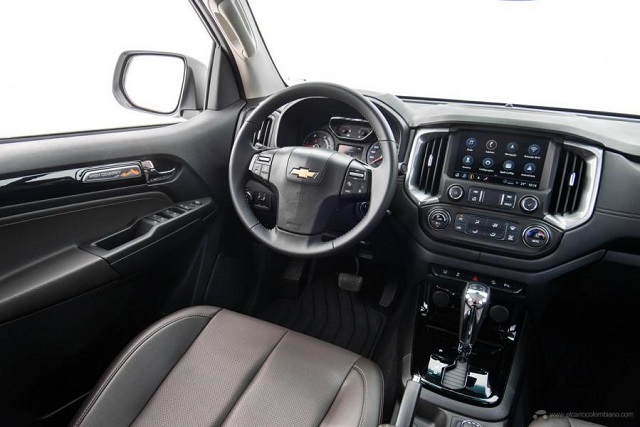 The 2022 Chevy S10 will continue in familiar cab styles and bed lengths, available in single- and two-row configuration, with standard and long cargo beds. The S10 also comes equipped with a long list of standard equipment, including tech goodies like the new MyLink2 infotainment system, which comes with Apple CarPlay and Android Auto smartphone integration. Furthermore, you can also get a couple of safety features, such as a reverse camera, parking sensors, cruise control etc.

The 2022 Chevy S10 will continue with two engines in the offer. There is a familiar 2.5-liter inline-four gasoline engine, which puts out around 206 horsepower. The engine is refined and should satisfy most drivers. Still, if you’re looking for higher towing capacities and better fuel economy, you can also get a 2.8-liter turbodiesel. This one features a max output of 200 horsepower and 369 pound-feet of torque. With this engine, the max towing capacity goes over 3.5 tons.

Both engines can be paired with either manual or automatic transmission. 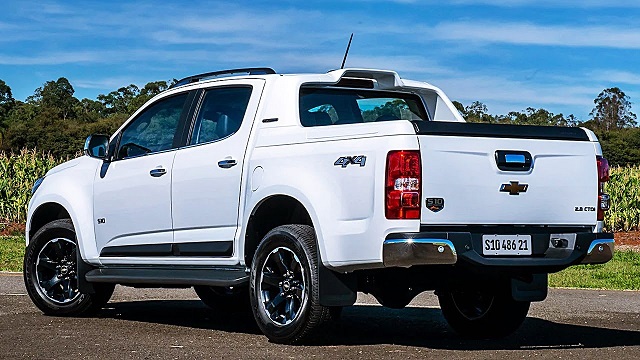 The 2022 Chevy S10 may come with a few novelties, but we don’t expect to see its arrival any earlier than usual. It should arrive in a typical time of year, sometime in the last quarter. Bigger price changes aren’t expected either. Currently, the starting price in Brazil goes around 125,000 BRL, which would be around 24.000 dollars according to exchange rates.