After the last month’s presentation of the standard, single-row version of the new all-electric pickup, the company also presented an extended cab variant, which brings not just a new design, but also improvements regarding acceleration, towing capacity etc. The company also introduced a couple of new accessories. It looks like the production version could come sooner than we expect. 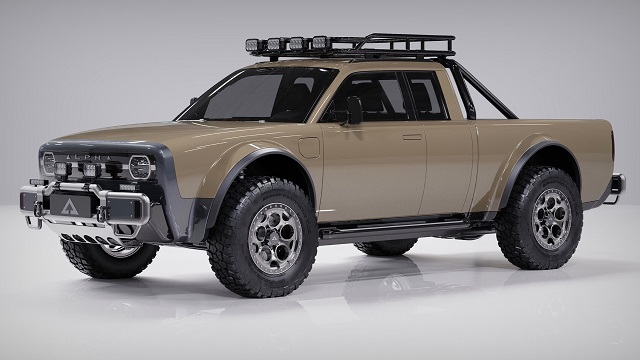 When it comes to base design characteristics, the 2022 Alpha Wolf+ is coming as an upgraded version of the standard Wolf. Unlike the base model, which came in a single cab layout, this one features an extended cab design, which includes two rows of seats for improved functionality. One of the interesting design solutions is the rear-doors layout, which is rear-hinged and allows easier access.

The new version features the same retro design, which should be one of the selling points for sure. Regarding size, the 2022 Alpha Wolf+ will be a compact pickup truck and most experts suggest it could compete with internal-combustion models like the upcoming Hyundai Santa Cruz. 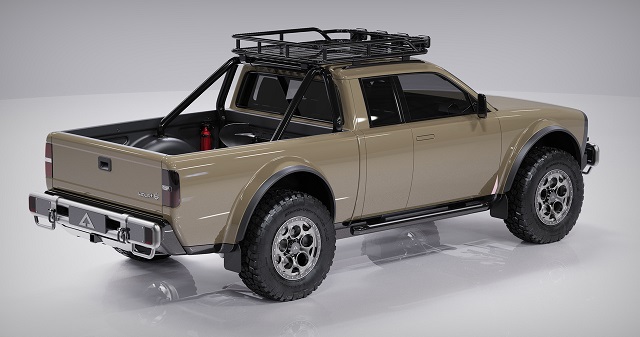 When it comes to the drivetrain and overall performance, we know that the 2022 Alpha Wolf+ will be offered in a few different variants. Both single and dual motor variants are expected, though the exact details are still unavailable. The company didn’t offer any numbers regarding power and torque. On the other hand, the new version has claimed 0-60 time in 5.9 seconds. The max towing capacity is expected to go around 6.724 pounds, which is way more compared to the initial single-row version, which was rated at 3.000 pounds.

The company also hides details about the battery. We don’t know its capacity but what we know is that the max range should be between 250 and 275 miles on a single charge. More details are expected in the future.

The Alpha Motors didn’t show much of Wolf+’s interior but we can clearly see some of the base design solutions. First of all, this version will feature an extended cab design, with two rows of seats. These cabins usually come with half-size doors. So, the company decided for a smart move – to offer rear-hinged doors. Such a design provides much easier access to the second row.

The company also introduced a couple of new accessories and practical solutions as well.  There’s a frunk, roof rack, bed extender, and fold-out tent. Besides these two truck designs, the startup company also plans a similarly-sized SUV, as well as a sports coupe car. All of them will feature a fully electric powertrain.

The 2022 Alpha Wolf+ is about to hit the market already in the next year, rumors say. This particular version will probably cost around 40.000 dollars, while the single cab model should cost around 36.000 dollars.