The iconic pickup truck has been around for a full 52 years and it is still considered the toughest truck around. Over these five decades, it built and kept the reputation of the most durable and most dependable vehicle around, which is capable of doing pretty much anything. The 2021 Toyota Hilux continues in the same way, but brings some interesting novelties as well. This is the second update of the current generation, which should keep in fresh until the complete overhaul, which is expected in the next couple of years.

For the next year, the Japanese manufacturer has updated the styling. The new model looks bolder and more aggressive. Furthermore, there are few interesting changes on the inside, including a new infotainment system. Still, the most significant update is a new version of a familiar turbodiesel, which is more powerful and more capable than ever. 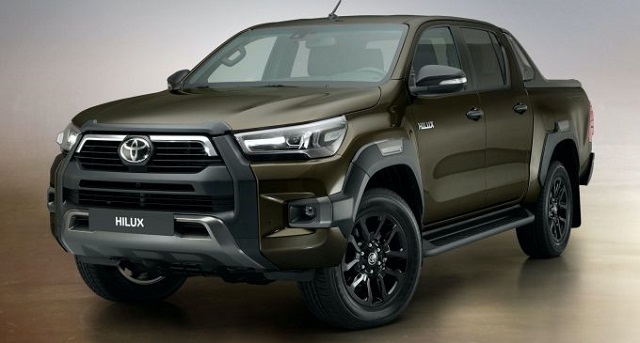 Withough any doubt, the most important update for the 2021 Toyota Hilux is a new powertrain. A well-known 2.8-liter turbodiesel has been updated and now delivers 15% more power and 11% more torque. The previous version features around 175 horsepower and 330 pound-feet of torque. The new one is good for 201 horsepower and 370 pound-feet of torque. The 6-speed automatic transmission has been updated as well, so the new model is not just more capable, but also offers a smoother ride.

On the other side, a smaller 2.4-liter unit comes without changes in numbers. It delivers 150 horses and 295 pound-feet of torque. However, the company claims this engine has been reworked too, and the result is improved fuel economy.

Besides the improvements under the hood, the 2021 Toyota Hilux comes with improvements in other aspects as well. Of course, the first one you’ll notice is a new styling. This update has brought a new front face, which includes new headlights, a new grille and bumper. One of the most impressive new details is the design of new fog lights, with lines that now come from the side of the bumper. Another thing you can notice is the addition of new 18-inch wheels, which look really amazing.

The rear end comes with a couple of updates. You can see new LED taillights, as well as a couple of tweaks on the rear bumper, tailgate etc. Finally, there are three new color options in the offer – Emotional Red II, Dark Blue and Oxide Bronze Metallic. 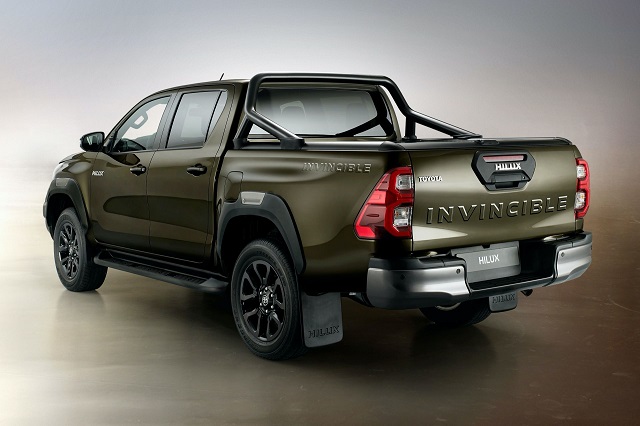 Not many things have changed on the inside but that was pretty much expected. Simply, this truck already featured one of the nicest cabins in the class, characterized by quality materials and car-like aesthetics. That’s why most of the things have remained the same.

Still, an important update comes in the form of a new infotainment system. The software has been updated, while there is also a new 8-inch touchscreen. A great thing to know is that Toyota has kept most of the controls analog, so there are numerous knobs and physical buttons around the screen as well. Also, the new infotainment system supports Android Auto and Apple CarPlay smartphone integration. 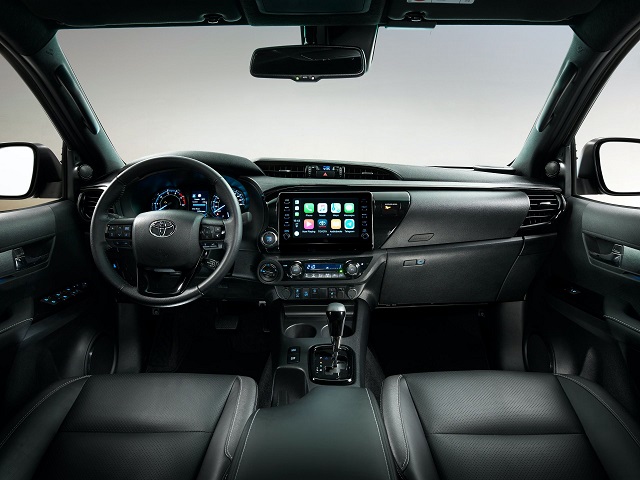 The updated 2021 Toyota Hilux already arrived in most markets. We expect it will come to the rest of them by the end of the year. When it comes to the price, it largely depends on the part of the world. For example, the UK model starts around 26.000 British Pound, while models for the Eastern European market start around 30.000 Euros. When it comes to the competition, some of the key rivals are models like Mitsubishi L200, Nissan Navara, Ford Ranger etc.