Despite it’s been just a couple of years since this legendary pickup came back to North America, the Ranger is actually a pretty old vehicle. Introduced almost a decade ago in Australia, it lags behind key rivals in several aspects. So, it’s no wonder that the new generaiton is on the way. However, that overhaul won’t happen instantly, so the current model needs to remain competitive for another year or two. That’s why yearly updates are always interesting in this model. For the next year, we are about to see a handful of novelties and among them, the 2021 Ford Ranger STX will be the biggest one.

This is a new appearance package and a great thing to know is that it will be available already in the base XL model. It will bring novelties both outside and on the inside. On the other side, the mechanical aspect is about to remain pretty much the same. 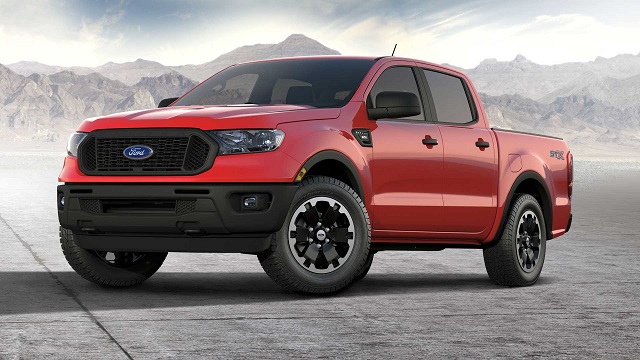 As we’ve just mentioned, the new 2021 Ford Ranger STX will be no more than a special edition, of an appearance package if you want. Therefore, most of the upgrades are in terms of aesthetics. Obviously, those on the exterior will be ones you’ll see first. You may count on a couple of interesting details, but the biggest upgrade will be new 18-inch black wheels, which feature a pretty unique pattern.

On the inside, there is a number of novelties as well. Considering that Ranger’s cabin feels outdated in many aspects, every update is more than welcome in this aspect. In this case, you may count on more standard equipment. This edition brings an eight-inch infotainment screen that runs the Sync 3 with Apple CarPlay and Android Auto as standard. The list of standard equipment will also include goodies like dual-zone climate control, silver-painted interior accents, and privacy glass with a rear window defroster.

AS we’ve just mentioned, this version will be based on the XL trim level and it will be available in both SuperCab and SuperCrew layouts, with either 4×2 or 4×4 layout. 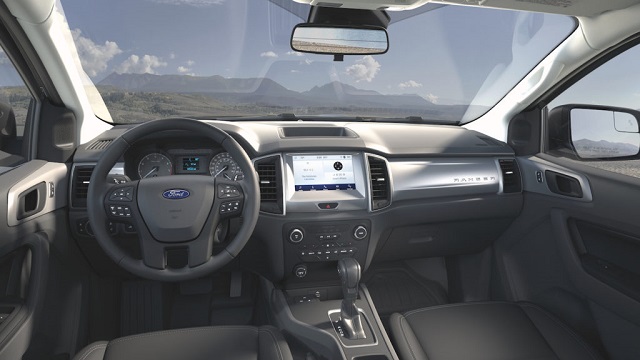 On the other side, the mechanics are about to remain untouched and this refers to the powertrain as well. The 2021 Ford Ranger STX will come with a familiar configuration that includes a familiar 2.0-liter turbo-four engine, which puts out around 270 horsepower and 310 pound-feet of torque. That’s more than enough to move this mid-size truck with ease, while a 10-speed automatic transmission ensures a smooth and convenient ride.

When it comes to fuel economy, you may count on typical ratings for the class, which means around 20 mpg in the city and 25 mpg on the highway. Of course, fuel economy is a little bit lower with 4×4 models.

What are other novelties for 2021 Ranger?

Other than the STX special edition, we are about to see a couple more novelties in the 2021 Ranger. Some of them refer to new color options. We are about to see four new finishes – Cactus Gray, Carbonized Gray, Cyber Orange, and Velocity Blue. Also, there is another optional, Black package. As you may presume, it comes with loads of blacked details.

The 2021 Ford Ranger STX will come along with the rest of the lineup, which means we will see it in showrooms by the end of the year. When it comes to the price, this edition will cost you an additional $995, which means that the starting price should go a little bit over 27.000 dollars. It will compete with similarly-priced versions of Chevy Colorado, Toyota Tacoma and similar models.