The iconic pickup is about to get a full redesign soon. The current generation has been around since 2015, so it’s no wonder that most sources suggest the new version to come in the next year, with lots of novelties, including electrified powertrain options. Therefore, the 2024 Toyota Hilux Hybrid will be one of the main offers in the new generation.

Besides electrification, the next-generation Hilux will bring novelties in many aspects as well. We are about to see a completely new design, based on a new platform. Naturally, you may expect a new, more attractive styling as well, while big novelties are expected on the inside too. Naturally, the new model will come packed with all kinds of tech features, including the latest driver aids. Still, the focus will remain the same, so this model will once again offer exceptional off-road performance and a high level of utility.

As we’ve just mentioned, the 2024 Toyota Hilux Hybrid should arrive sometime in the second half of 2023. 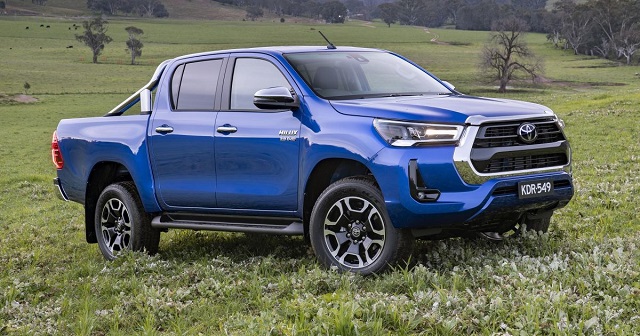 We already mentioned that the new generation should bring all kinds of novelties but we are pretty sure that electrification is what interests you most. At this point, it looks like there will be two hybrid versions available. The first one will be a mild hybrid, based on the current 2.8-liter turbodiesel. Thanks to the small electric motor, this unit could gain a few more horses and a little bit more torque, along with improved efficiency. For reference, the current version of this diesel engine is good for about 201 horsepower and 500 Nm of torque.

The other, much more interesting, powertrain option would feature a full-hybrid setup, based on Toyota’s latest tech achievements. If we can trust rumors, the new 2024 Toyota Hilux Hybrid will feature a hybrid system that’s based on a turbo-four engine, with an estimated max output of 350 horsepower. What’s also interesting is that the new model wouldn’t use CVT like Toyota Hybrids usually do, but rather a conventional automatic transmission, with 8 or 10 gears.

Of course, we expect to see a completely new design and one of the first things that come to mind is the platform. Like the rest of Toyota’s truck and SUV lineup, this model will also switch to the new TNGA-F platform. At this point, we don’t know the details but we expect that the new model will improve in terms of the ride quality. It will feature a lower center of gravity, while the leaf springs on the rear axle could be replaced with something more modern and refined. 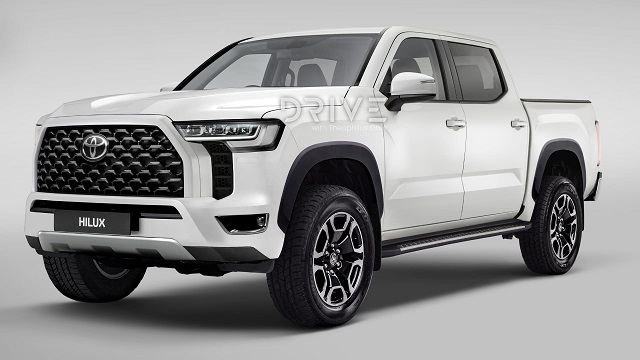 Despite the improvements in terms of on-road ride quality, this pickup will remain an excellent off-roader. It will come with all kinds of off-road hardware, including available 4WD, low-range gearing, locking differential, skid plates, hill descent control etc.

Finally, there is the matter of styling, which will also be completely new. We count on an evolutionary design approach, but still on lots of changes that would make the new model look more modern and more attractive. Just like the current model, the new generation will be offered in different cab styles and bed lengths.

Changes are expected on the inside as well. The Hilux has always been one of the trucks with the nicest interior, with lots of car-like design solutions. Therefore, we expect the same from the 2024 Toyota Hilux Hybrid, especially now when rivals also tend to be as luxurious as possible on the inside. So, what we expect to see are new aesthetics, finer materials and further improvements regarding build quality. Naturally, we also expect to see new tech features, such as a new infotainment system, new connectivity features, new driver-assistance systems etc. 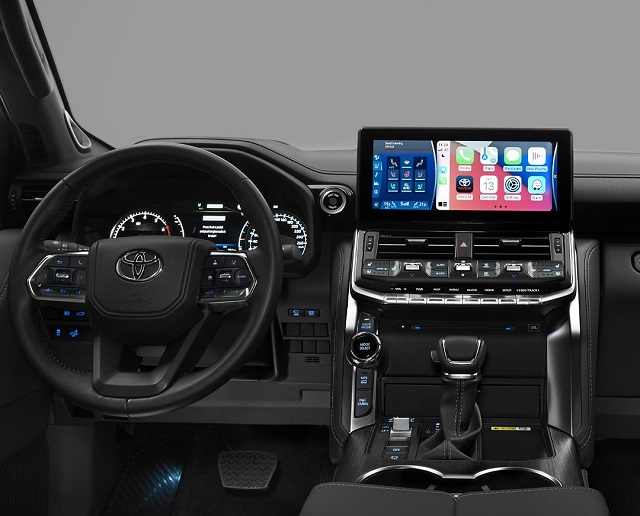 Also, we would love to see a little bit bigger cabin, with a little bit more passenger space, as the current generation isn’t among class leaders in this aspect. We expect to see more headroom, while additional legroom would be nice as well.

We believe that the 2024 Toyota Hilux Hybrid could arrive sometime in the second half of 2023. Of course, things won’t change much in terms of competition, so the key rivals will be models like Ford Ranger, Isuzu D-Max, Mitsubishi L200/Triton etc.