After the mid-size segment, Ford will start producing trucks in the compact class. The first time we hear this, it was very strange. Who would make this up? Bunch of rumors, most fans said. But now, with first spy photos of the 2021 Ford Courier, the opinions are changing. However, the stun effect is still here. Why? That is the biggest question. With the production model set for 2021, we need to wait a bit longer to find out shat lays behind this decision.

Definitely, Ford is up to something. We never thought about this move. Hybrid or even all-electric trucks were a safer bet. As always, the largest automotive company in the US is managing to surprise everyone. We will see how rivals are going to react. And they have to do it fast. The 2021 Ford Courier tests already started and the company could show its new concept pretty soon. Under the heavy camo, we can’t find too many details. But, expect a mini Ranger or mini F-150. 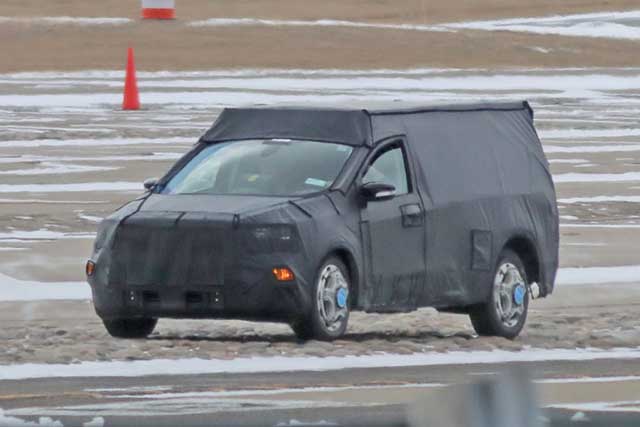 What We Know About 2021 Ford Courier

This is not a joke or a rumor anymore. The 2021 Ford Courier is happening. The US company announced earlier that they develop a new model based on the Focus hatchback. However, we didn’t expect it so soon on the streets. The truck will be smaller and less expensive (and fuel-friendlier) than the new Ranger. However, chiefs were not precise about the production start. They said the new Courier will arrive either as 2021 or 2022 model. The platform comes from a new Focus and this is definitely a sporty truck that will use a unibody platform.

The first Ford Courier arrived in 1952. Initially, it was a sedan that lasted for eight years. When Ford relaunched it in 1972, Courier was turned into a pickup truck. The US company had a close relationship with Mazda and its B-Series trucks were the base for the new model. After four generations, the model was discontinued in the US. However, Ford Courier nameplate remains alive in Europe and Brazil. This time, like a utility van based on the Fiesta. Now, the nameplate is ready for a comeback after eight years since the production ended in Brazil.

The 2021 Ford Courier is going to be the mini truck. Agile and versatile, it will serve for local deliveries in urban areas. Not too capable to tow, but you will still be able to use its bed better than the storage area in compact crossovers. If you had to haul an oversized item, you know how difficult it could be to fit into a small model. Now, Ford is testing a new platform. The truck will be based on the same architecture as the new Focus. We could hear the company is discontinuing it, but the car is getting a new run. To survive, all sedans will need some radical changes. The new concept is an indicator of these modifications. These vehicles will have to offer more than before to beat the competition.

The new truck is already on the streets. However, spy photos are not showing too much. We can see the vehicle that is inspired by the Focus hatch. But, the 2021 Ford Courier is far away from the production model. Everything is under development. We can only compare the visible parts to existing models, and these are mostly sedans and cars. Some say that concept will use features from the upcoming Ford Bronco. But, this is obviously speculation. Bronco’s release date is just around the corner, and we still don’t know much about it.

Let’s see what are possible engine options for the 2021 Ford Courier. We suppose the towing capacity of the compact pickup truck will be around 1,000 or 1,500 pounds. For this kind of vehicle, that is enough. The test mule shows a dual exhaust system. Where else we could see it? On vehicles using a 2.0-liter EcoBoost turbo-four engine. This one is good for 250 hp and 275 lb-ft of torque. But, the Edge SUV that uses it can tow more. What about the naturally-aspirated 2.5-l engine? It fits excellent to the compact Escape crossover. With 170 hp and 170 lb-ft of torque, it seems like a more suitable option for the Courier truck. It’s gas mileage is also superb. 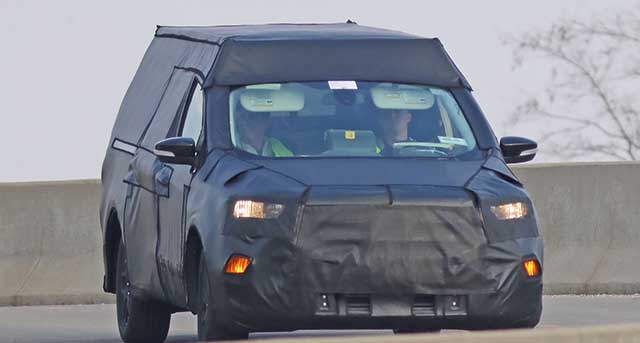 Although Ford chiefs were not clear, we would write off the 2022 model. The test mule is already out. If it doesn’t fulfill expectations, we doubt the US company will invest a lot into its further development. Also, the Blue Oval company is not going to leave a breath to its rivals and a chance to develop their own mini pickup. The 2021 Ford Courier is the more likely option, although the prototypes are far away from the production shape. In the next few months, we expect the confirmation of these rumors as well as the first price indications.