After the recent launch of the new Silverado 1500, it is time for heavy-duty series. Of course, this includes the 2020 Chevy Silverado 3500HD as well. The version is coming soon and it is about to bring tons of novelties and improvements. One of the first things that come to mind is towing capacity. Still, we count on many more interesting novelties, including a new gasoline engine and a completely new styling. All this indicates that the new 2020 Chevy Silverado 3500HD will finally be able to compete with key rivals in terms of utility, performances and overall ride quality. 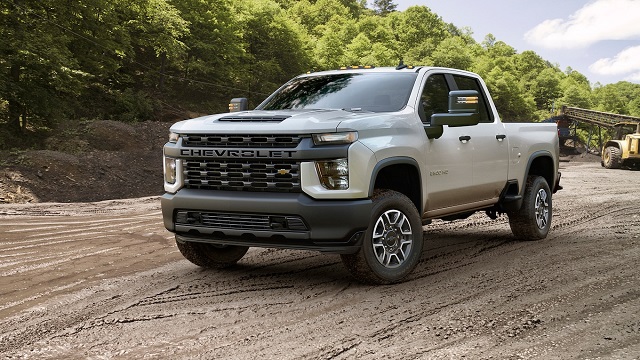 One of the first things that come to mind is improved towing capacity. The outgoing model definitely isn’t the most capable truck in the class, but things are going to change. The new model will feature significant chassis reinforcements and various other upgrades that will provide 52% better towing capacity, which in numbers means around 35.500 pounds. As we’ve just mentioned, this has been achieved with numerous upgrades, such as more robust front and rear axles, a standard 12-inch ring gear, 30-percent larger-diameter prop shafts and on diesel models, a large 28-inch diameter fan.

Naturally, the new model is based on standard, light duty series. It rides on a new T1 platform, which brings big improvements in terms of efficiency and overall performances. The new model will be lighter for about 300 pounds, which will definitely have a huge impact on fuel economy and overall efficiency. 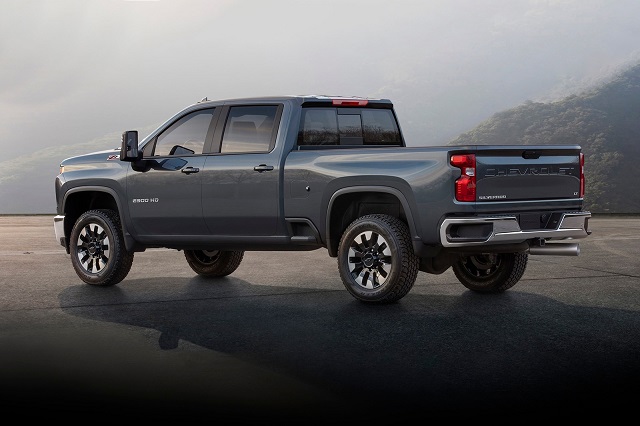 The model was unveiled recently and impressions are a little bit mixed. There is no doubt that the new model looks great. However, some details probably won’t be liked by many traditional Silverado drivers. This particularly refers to the front end of the truck, which seems a little bit overdesigned. It looks very massive and capable, but the blacked grille design and “Chevrolet” lettering isn’t something we used from this company. Fortunately, some of the trim levels will come with a more traditional approach, with traditional Chevy badge and chromed grille design. 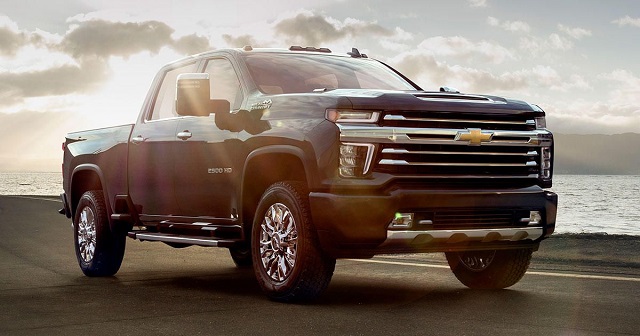 Under the hood, the biggest novelty is a new gasoline engine. It measures 6.6 liters in displacement, and comes with notably more power and torque, compared to the outgoing unit. A max output goes around 401 hp and 464 lb-ft. It is paired with a 6-speed transmission. On the other side, a well-known Duramax turbodiesel will continue with the same output, which goes around 445 horsepower and 910 horsepower. However, that doesn’t mean we won’t see novelties. This engine will get GM’s new 10-speed automatic transmission, specially tuned for this huge output.

The 2020 Chevy Silverado 3500HD has been unveiled recently and it is expected to hit the market in the near future. That will probably happen sometime in the third quarter of the year. When it comes to the price, details are still unavailable. Still, we presume that the new model won’t come with some significant changes in price. The current model starts at around 40.000 dollars.