You may not like these kinds of customizations, but the fact is that there is a huge fan core of military-themed pickup trucks. If you don’t want to do all those modifications by yourself, there is an aftermarket company called Tuscany Motor Co, which can make a genuine Ford F-150 Black Ops truck for you. This truck comes with numerous upgrades, compared to the standard F-150 truck.

Still, keep in mind that most of these modifications are in terms of aesthetics, while the mechanical aspect of the truck is pretty much the same as on standard trucks. 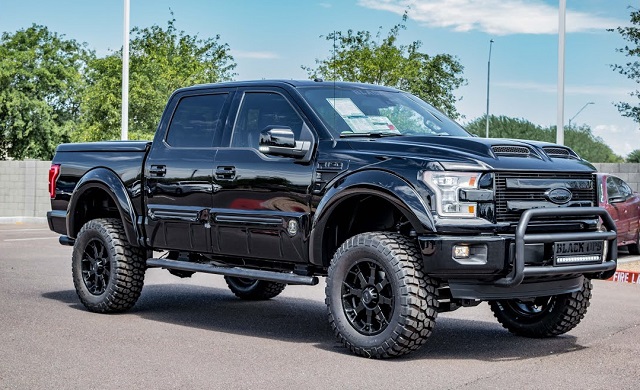 The Ford F-150 Black Ops comes with numerous exclusive details. At this point, we know that most of the modifications are made to the exterior design. First of all, the model comes in the Lead Foot Gray, which seems like a perfect fit for this occasion. Additionally, you may count on exclusive features like special fender flares, vents, rocker molding, specially coated exhaust tips and more. We particularly like the sound of the new exhaust, while another nice feature is a tonneau cover, which comes in the same Lead Foot Gray color as the rest of the vehicle.

On the inside, numerous exclusive features are available as well. The first thing you’ll notice is upgraded seats, which come with Black Ops logos, U.S. Flags and a few more nice touches. You can also see a new instrument cluster, while the dashboard comes with loads of carbon fiber. 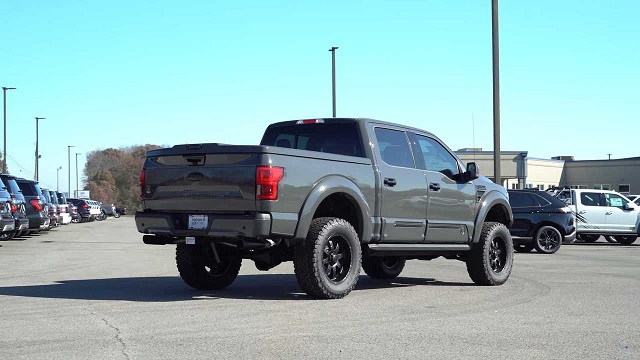 In terms of base design characteristics, the Ford F-150 Black Ops isn’t much different compared to standard F-150 models. Mechanically, things are pretty much the same. When it comes to standard equipment, it’s good to know that this version is based on the Lariat trim. This seems logical, considering that the Lariat is one of the most popular versions of the truck, due to the great balance between the price and amount of standard features.

When it comes to the powertrain, the Lariat is available with pretty much any unit. You can choose two V6 units, a V8 and a diesel option. Of course, we presume that drivers of Ford F-150 Black Ops would want to enjoy the big V8 sound, which is now even better, thanks to the exhaust upgrade.

On the inside, you may count on the same amount of standard equipment. This means you may count on all those tech goodies, starting from an 8-inch touchscreen, dual-zone climate control, satellite ration, push-button start, power-adjustable front seats, heated and ventilated front seats and much more. You may also count on a power tailgate, dual-panel moonroof and loads of safety systems. 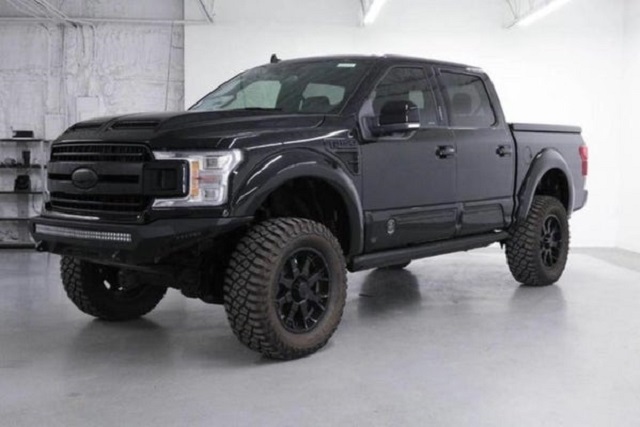 The Ford F-150 Black Ops looks really attractive. On the other side, the thing that isn’t so attractive is the price, which seems a little bit too high, despite all the goodies you get. The price starts at around 88.500 dollars, which is two times more compared to the standard Lariat model. Sounds quite pricey.