In the world of medium-duty pickups, things are not happening as fast as in the case of lighter pickups. Each generation lasts for more than a decade, while the updates aren’t frequent at all. The current generation of Ford’s truck is no exception. It’s been around since 2016 and we have no doubt it will remain in production for many more years. However, it looks like the Blue Oval company prepares a couple of interesting updates, particularly in terms of safety features. Other than that, the 2023 Ford F-750 should carry on in a familiar way.

From what we know, the new model will get electronic stability control for the first time. Also, there’s a big chance to see an air compressor in the gasoline version. On the other hand, the overall layout will remain the same, with familiar design and features, as well as a  familiar engine lineup. 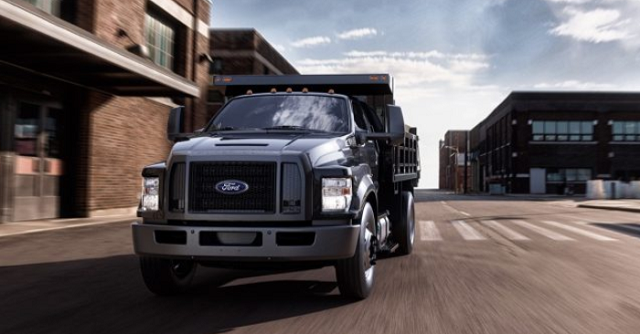 As we’ve just mentioned, the current generation has been around since 2016, which means that it still has a lot more years before it receives a redesign or any other significant changes. So, you may count on a familiar design, whether it’s about aesthetics or mechanics. The look will remain the same, as well as some pretty interesting technical solutions, even though we are talking about a classic work machine that is designed to be capable and reliable, rather than technologically advanced.

For example, this pickup features an aluminum cab structure and frame design, just like the lighter-duty models. On the other hand, parts like U-joints, frame, and front axles have been significantly reinforced. For the next year, some sources suggest that the gasoline version could get an air compressor. This compressor will be used to power various accessories,  such as air brakes, an air suspension, an air seat etc.

On the other hand, the inside of this pickup won’t feature bigger changes. You may count on the same cabin design, which is all about utility. There aren’t many techs and convenience features on the list of standard and optional features. Most of the cabin is made from hard plastics and other low-rent materials. However, everything looks assembled extremely well, so we have no doubt that this interior will last for ages. 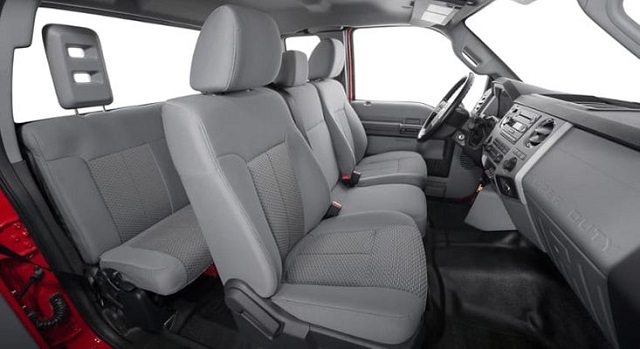 Just like the current model, the 2023 Ford F-750 will continue in two familiar layouts, as a Straight Frame or Tractor model.

The 2023 Ford F-750 will continue with familiar powertrain options on offer. Therefore, the standard model will carry on with a 7.3-liter V8 gasoline engine, which puts out around 335 horsepower and 468 pound-feet of torque. This super-smooth engine comes coupled with a 6-speed automatic transmission.

By admin20 hours ago0