The current generation of Chevy’s mid-size pickup has been around for about a decade and it’s time for changes. Even though it is still one of the most capable models in the class, Colorado lacks modern features, refinement and other things. The new generation is about to bring all that but some things won’t change. Once again, we will see an off-road performance version, which will come as the 2023 Chevy Colorado ZR2 this time.

Of course, this model will adopt all the novelties from the upcoming redesign, starting from an updated platform, new styling, new engine and similar things. On the other hand, the list of exclusive features probably won’t be much different compared to the current model, which includes a full load of off-road hardware.

We expect to see the 2023 Chevy Colorado ZR2 sometime in the second half of the year. 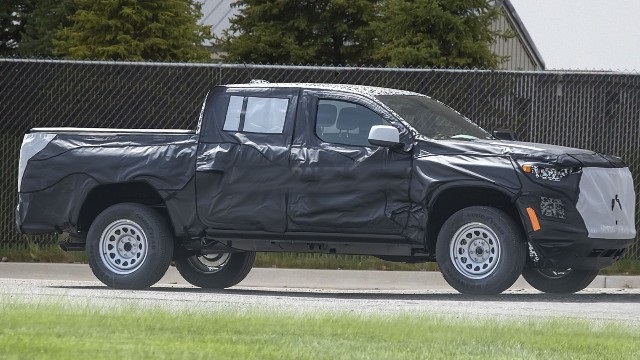 As we’ve just mentioned, the 2023 Chevy Colorado ZR2 will get a full redesign, just like the rest of the lineup. First of all, it will ride on a significantly updated and upgraded version of the 31XX platform, which underpins the current model as well. Improvements will come in various aspects, starting from the ride quality, new driver-assistance features and similar things.

Naturally, we count on a new styling as well. At this point, the test mule still wears a camouflage but we presume that a lot of inspiration will be taken from the full-size Silverado. We expect that the new 2023 Chevy Colorado ZR2 will be offered in the same body styles as the current model, either with Extended Cab and Long Box, or with a Crew Cab and Short Box. Unlike the rest of the lineup, this version won’t be available in a Crew Cab/Long Box layout.

When it comes to off-road upgrades, we count on a new suspension, with better overall performance compared to the outgoing model. Furthermore, the list of exclusive features should include pieces of hardware such as a two-speed transfer case, locking front and rear differentials, skid plates, hill descent control, transfer case shield and many other things. 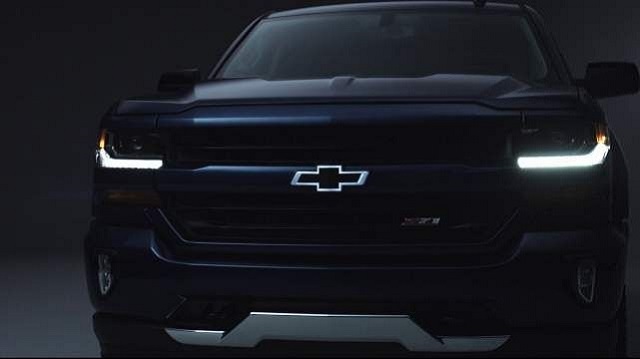 From what we know so far, all versions of the next-generation Colorado will come with the same engine under the hood. That will be a 2.7-liter turbo-four, which puts out 310 horsepower and 348 pound-feet of torque, which represents a significant upgrade compared to the current V6, particularly in terms of torque. Another upgrade to come is a new transmission, as the 2023 Chevy Colorado ZR2 is about to use a 10-speed automatic gearbox.

Of course, four-wheel drive will be standard, while we also count on selectable drive modes, with various traction settings and similar things. 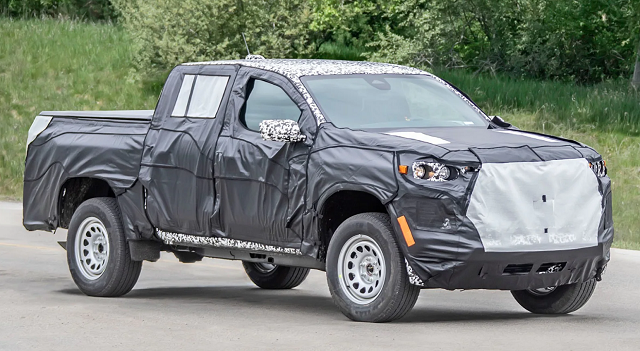 Just like the rest of the lineup, the 2023 Chevy Colorado ZR2 will also get a completely new interior design. We count on much more attractive aesthetics, along with nicer materials and better overall quality. Of course, we also count on more tech goodies, starting from a new infotainment system, wireless smartphone integration and similar things.

Of course, this particular version will come with a couple of exclusive features. For reference, the current model comes with genuine leather upholstery, a power-adjustable driver seat and similar things. So, we may expect something similar from the new model as well. We also expect that the new generation will bring a lot of modern and advanced safety systems, such as adaptive cruise control, blind spot monitoring and similar things.

As we already mentioned, the new ZR2 should also come in two cab styles, either with Extended or with Crew Cab layout.

We believe that the 2023 Chevy Colorado ZR2 will arrive sometime in the second half of the year. The current model starts at around 42.000 dollars but we expect that the new model will feature a little bit higher starting price. Key competitors will be models like Ford Ranger Raptor, Toyota Tacoma TRD Pro etc.