Chevy is bringing big updates for the next year and among many novelties, we are also about to see a completely new version, called the 2023 Chevrolet Silverado 1500 ZR2. This will be the first time to see Silverado wearing this badge, which appeared in smaller pickups in the past. Of course, it’s easy to conclude what kinds of upgrades this version is about to bring. The new model will be all about off-roading.

From what we know so far, this model won’t bring engine upgrades but on the other hand, we will see a full load of off-road features, which will make this pickup a serious off-road machine, ready to compete with Ford Raptor and Ram Rebel TRX. Besides, mechanical upgrades, we will also see lots of styling details that emphasize its off-road character. 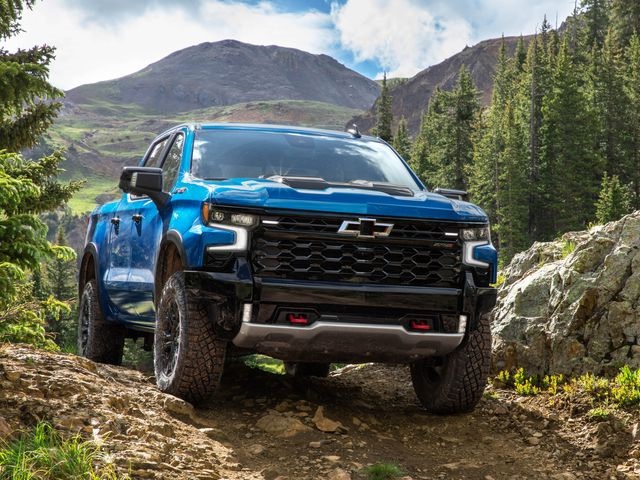 The 2023 Chevrolet Silverado 1500 ZR2 will come as a part of the mid-cycle update, so you may count on the same upgrades as in other versions. Other than that, this model will come with lots of unique features, starting from some serious off-road features. For example, we will see a completely new suspension setup, with new components such as high-performance spool-valve dampers, and 2-inch higher ground clearance. The new truck will come with massive 33-inch off-road tires, as well as a complete set of skid plates. Furthermore, this model will come standard with a  two-speed transfer case, electronically locking front and rear differentials etc.

Visually, the 2023 Silverado 1500 ZR2 will come with lots of details that emphasize its off-road character. You may count on a uniquely designed grille and bumpers, off-road tires with rugged black wheels, unique color combinations and many more.

Of course, the 2023 Chevrolet Silverado 1500 ZR2 will come with a couple of exclusive interior details as well but we are currently more impressed with the new dashboard design, which will characterize all versions of the updated Silverado. Things look way more upscale now, thanks to the attractive shape and really nice materials. The cabin comes in a blacked scheme in this case, with leather upholstery. We also like the new gear shifter, which is finally in the place where it should be. The new version will be available in the Crew Cab configuration only.

When it comes to tech features, the biggest highlights are the screens. There is a new 12.3-inch digital instrument cluster, as well as a large 13.4-inch touchscreen. Things like wireless Apple CarPlay and Android Auto will be part of the standard equipment as well.

While some expected to see a more capable engine under the hood of this off-roader, that won’t happen. Instead, the 2023 Silverado 1500 ZR2 will feature a well-known 6.2-liter V8, which puts out around 420 horsepower and 460 pound-feet of torque. The power is sent to all wheels and as we already mentioned, there is a number of off-road upgrades, such as a two-speed transfer case, electronically locking front and rear differentials etc.

With the conventional trailer hitch, this model will be able to tow around 8.900 pounds, while the max payload should go around 1450 pounds. We estimate that the average fuel economy will go around 15 mpg in the city and 20 mpg on the highway. 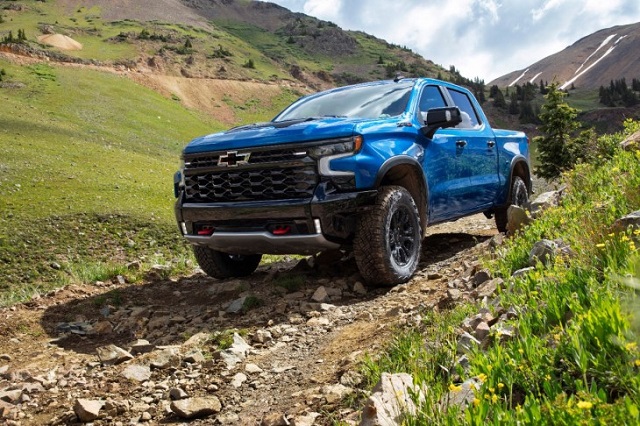 We expect that the 2023 Chevrolet Silverado 1500 ZR2 will hit the market sometime in the second half of 2022. Details about the price are yet to come. Still, we estimate that the base versions could go around 55.000 dollars, which is a notably lower price tag compared to rivals like Ford F-150 Raptor and Ram Rebel TRX.