Big things are about to come with the 2022 Chevy Silverado 1500 if we can rely on the latest reports. The current generation has been around for a while, so it seems like a perfect time for updates, especially if we consider that the next generation of the class-leader F-150 is on the way. At this point, the officials are still quiet but there is a lot to be seen on the spy photos.

Without any doubt, GM designers put their focus on the most critical spots, and that particularly refers to the interior design, which has been criticized so much since the redesign. We are finally about to see something new in terms of the dashboard but what’s interesting is that the test mule wears camouflage on the outside as well, which indicates a typical facelift. Of course, there is plenty of room for additions of standard and available equipment too. On the other side, we don’t expect bigger changes in terms of powertrain. The 2022 Chevy Silverado 1500 should go on sale sometime in the second half of the year.

Without any doubt, the most important aspect of this refresh will be interior updates. The current generation arrived a few years ago but it didn’t actually bring any changes on the inside. The new model was pretty much the same as the previous generation in this aspect. So, it’s no wonder that many Silverado fans were a little bit disappointed. Fortunately, this is going to change in the 2022 Chevy Silverado 1500.

The testing model has been spotted on the road and spy photographers managed to capture a couple of interior photos. Although the dashboard still features a lot of camouflage, some of the things are pretty easy to be noticed. First of all, a green stripe on the top of the steering wheel clearly indicates that the Super Cruise will be in the offer. Furthermore, you can easily see a digital instrument cluster, as well as part of a new touchscreen, which should be bigger than the current 8-inch unit.

The rest of the cabin is still under the cover. So, it’s hard to predict some more specific design solutions but we may presume that a lot of inspiration would be taken from Suburban. After all, the two models are mechanical siblings, so there no reason why they shouldn’t feature similar cabin designs as well. The rest of the interior, though, should carry on in the same way. Still, we count on slight improvements in terms of materials, as well as on new color schemes in the offer. 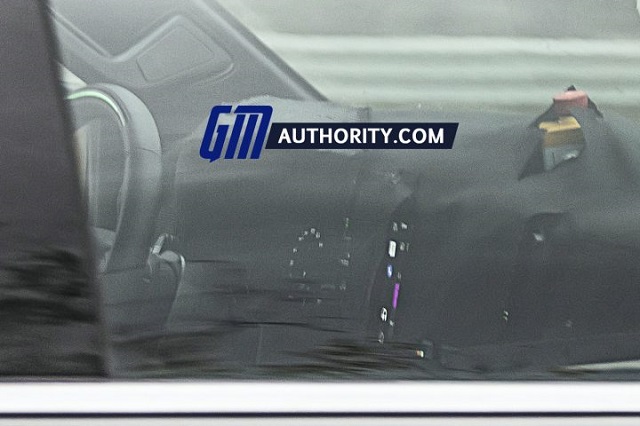 Besides significant interior updates, the 2022 Chevy Silverado 1500 will also come with some exterior changes. Simply, the test model wears camouflage on both ends of the truck, which indicates we could see some changes in these areas too. Still, keep in mind that the current generation is still quite fresh and looks pretty good. So, we probably won’t see significant changes in this aspect, but rather a couple of subtle modifications, particularly at the front. We count see things like a new bumper, some grille modifications and similar things.

Naturally, we should also see typical mid-cycle updates, such as new color options, wheel designs etc. On the other side, the mechanical aspect of the truck should remain pretty much the same.

Things under the hood should also remain the same. Therefore, you may count on a plethora of powertrain options in the offer, starting from a good-old 4.3-liter V6 unit, which puts out around 285 horsepower. Still, if you don’t necessarily need eight cylinders, an optional 2.7-liter turbo-four seems like a much better choice than the base V6. It puts out around 310 horsepower and 350 pound-feet of torque and it is notably more efficient.

Finally, there is a diesel option, with a quite capable 3.0-liter V6 unit. This one puts out around 277 horsepower and 460 pound-feet of torque. This is also the most fuel-efficient option in the offer. 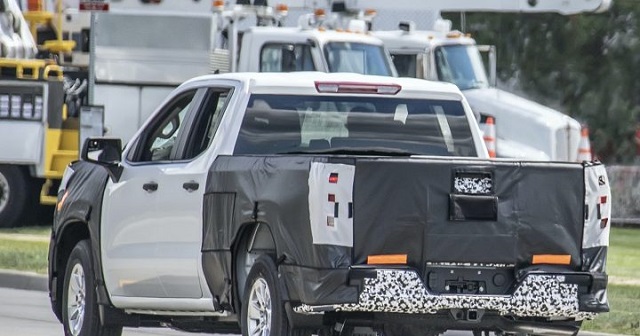 We expect to see the 2022 Chevy Silverado 1500 sometime in the second half of the year. A more precise date is yet to be announced. When it comes to the price, the current model starts at around 29.000 dollars and we don’t expect a bigger increase for this occasion. Of course, key competitors are Ram 1500 and Ford F-150.

2022 Toyota Hilux: Is there a chance for another facelift?

By admin3 days ago0