The recent refresh has brought a couple of interesting novelties, which clearly indicate that the 2021 Nissan Titan XD will continue in the same way. We don’t expect to see any particular change, at least not in terms of base design characteristics. The current generation has been around since 2016 and has just received a facelift recently. Therefore, it’s not hard to conclude that the current generation will remain in production for several more years and that we probably won’t see any particular change before the overhaul. Expect to see 2021 Nissan Titan XD in a typical time of year, which would mean sometime in the last quarter of 2020. 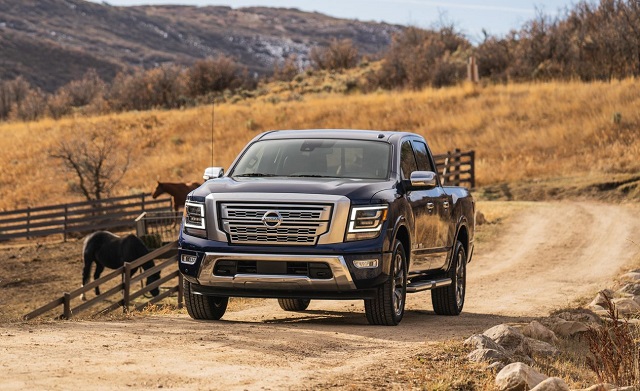 AS we’ve just mentioned, no bigger changes are expected for the 2021 Nissan Titan XD. The 2020 year model came with a couple of quite interesting novelties, which should have a positive impact on overall sales numbers. The focus was on aesthetics, so the new version comes with an upgraded front face, which is highlighted by a new grille. Keep in mind that the grille design can be different depending on the trim level you choose. It may feature different materials, different colors etc. Also, there are new LED headlights, while the bumper features a new shape and for lights also with LED technology. The rear end gets a revised tailgate and a couple of more details.

On the other side, things have remained pretty much unchanged in terms of mechanics. The 2021 Nissan Titan XD will continue in the same way, so you may count on a slightly upgraded suspension and chassis setup, which brings this truck a little bit closer to the HD segment, although it is still essentially a half-ton pickup truck.

Changes on the inside shouldn’t come either. The 2021 Nissan Titan XD should carry on in the same way, which also includes recent updates that came with the 2020 model. To remind you, we have seen a couple of interesting novelties, but most notable are definitely those on the dashboard. Of course, the biggest novelty is a new 9-inch touchscreen, which is the biggest screen that comes standard in the segment. It’s not just large, but also comes with a new infotainment system, which includes smartphone goodies like Android Auto and Apple CarPlay as well. Also, there are additional USB ports, 110-volt power outlets etc. 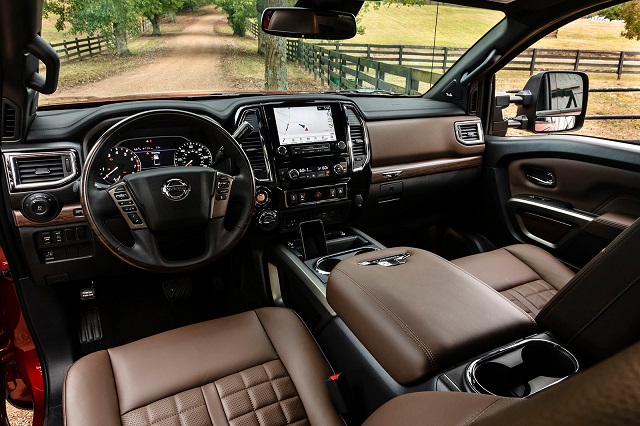 All in all, it would be a real surprise to see anything else but a couple of more standard features in the next-year model.

Probably the biggest change that happened with the recent update was under the hood. Due to low demand, the diesel version has been dropped. The gasoline model is not the only version in the offer and it comes with a well-known 5.6-liter V8 engine, which has received a slight power boost for this occasion. A max output now goes around 400 horsepower and 413 pound-feet of torque. Also, there is a new 9-speed automatic transmission, which replaces the 7-speed unit. It has a different gear ratio, which ensures better acceleration, as well as improvements in terms of efficiency. 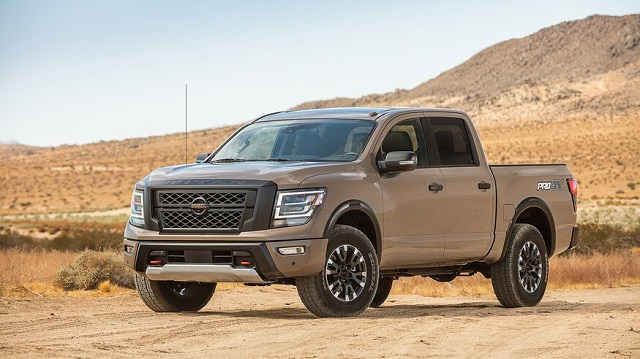 Considering that there are no bigger changes to come in the next year, we presume that the 2021 Nissan Titan XD will hit the market sometime late in the year. The starting price should go around 43.000 dollars because the Crew Cab is the only cab design in the offer now.