Until a few years ago, the Titan was considered as not so competitive truck, due to its age. To remind you, the original version of this truck stayed in production for too look. The initial plan was to offer a second-generation model that is heavily based on the Ram 1500, but those plans fell due to the financial crisis. So, Nissan started with its own development and that is the main reason why we saw such a big redesign delay.

The new model finally came less than three years ago. We saw a completely new design with significant improvements compared to its 13-year old predecessor. Besides the standard version, we saw another variant of the truck, which sits between light-duty and heavy-duty truck. That model will continue in the same way, without bigger changes, as 2019 Nissan Titan XD. Expect to see it by the end of the year. 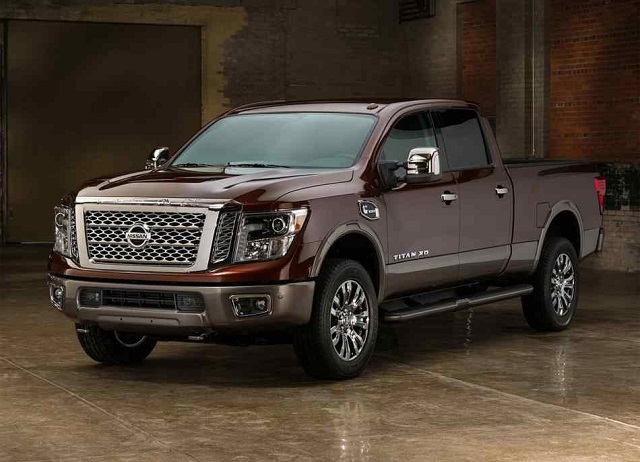 In terms of base design characteristics, the 2019 Nissan Titan XD will continue in the same way. Just like standard models, this one also rides on a familiar Y62 platform, which was originally designed for the legendary Patrol SUV.

Compared to the base Titan, this model has a lot in common, though there are some important chassis strengthenings that put the focus on towing and overall capabilities, rather than on comfort and convenience. Still, the XD keeps the smooth ride from the standard model, which has been one of the truck’s main advantages over most competitors. For the next year, we probably won’t see any significant change.  On the other side, minor tweaks are possible. 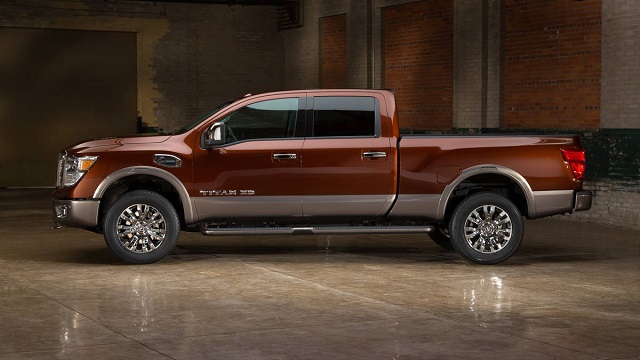 Despite heavily based on Armada and Patrol SUV, this trucks comes with its own styling, which includes several distinctive details when it comes to the front end look. You can notice different headlights shape and grille design, as well as several other unique details. Next year probably won’t bring any important change. A mid-cycle update or facelift should come in a year or two, and then we should see novelties in terms of styling.

When it comes to body styles and overall design, the 2019 Nissan Titan XD will continue with same three cab designs in the offer. Those are Single Cab, King Cab, and Crew Cab. There are also three-bed sizes in the offer – 5.5, 6.5 and 8.0-foot bed.

Depending on the cab design, the 2019 Nissan Titan XD will be able to accommodate 3 or six people. All passengers can count on plenty of legroom, even on the rear bench. The next year won’t bring any important change. Still, we could see some new color scheme in the offer. On the other side, expect to see the same materials, which seem to be of a pretty good quality. The cabin seems almost luxury-like, although there are few parts that feature hard and cheap plastics. 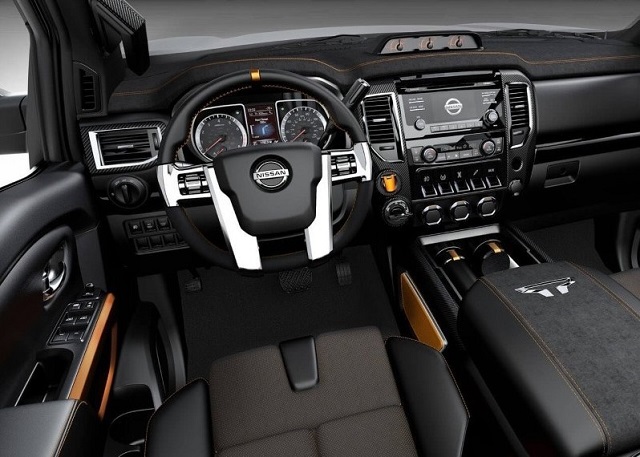 In terms of tech features, base models are classic workhorses, so you won’t get anything more than a 5-inch information display. On the other side, higher trims will offer things like 7-inch touchscreen, dual-zone automatic climate control, 12-speaker audio system, satellite radio, navigation, Wi-Fi hotspot, smartphone integration and much.

Expect to see two very familiar units under the hood of 2019 Nissan Titan XD. Base models will continue with the Nissan’s well-known 5.6-liter V8 gasoline engine. It is good for about 390 horsepower and 394 pound-feet of torque. This version, in particular, is pretty much designed for better towing results.

So, a 5.0-liter Cummins diesel V8 engine seems like a much better choice. This unit is good for about 310 horsepower and 555 pound-feet of torque. When it comes to transmission, gasoline models use a 7-speed automatic, while diesel versions are paired with a 6-speed automatic gearbox.

The main reason why Nissan offered this version is towing. Compared to base models, you can count on a significant improvement in this aspect. While base models can tow up to 9.700 pounds, this one brings a 3.000-pound improvement. Properly equipped, the 2019 Nissan Titan XD with a diesel engine will be able to tow around 12.700 pounds. On the other side, the max payload will go around 3.000 pounds. 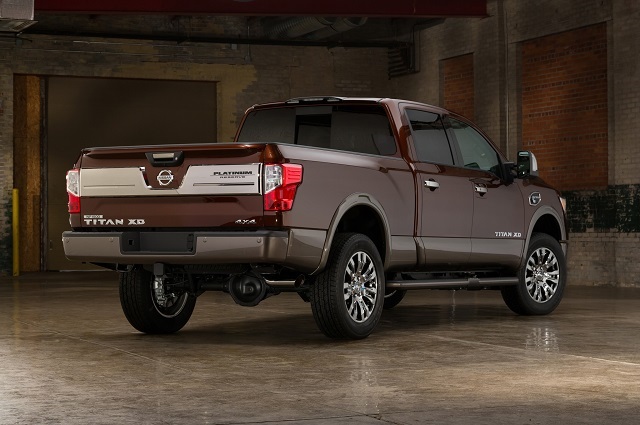 Considering that there are no bigger changes to come for the 2019 Nissan Titan XD, we expect to see it late in the year, sometime in December. When it comes to the price, it should remain the same as for the current model, which starts at 33.000 dollars. Key competitors are models like Ford F-150, Chevy Silverado, Ram 1500, Toyota Tundra etc.