The demand for pickup trucks is bigger than ever, so each manufacturer is finding different ways to get more customers. Still, an interesting thing about today’s market is that you can’t find a really small, car-like pickup truck on the market these days. This is where Chevy sees a great opportunity if we can rely on rumors. This may be a perfect opportunity to see the legendary Chevrolet El Camino on the road again.

This coupe utility vehicle, commonly known as a ute, has been in production for almost three decades. However, the last time we saw it in North America was way back in 1987, so bringing back such a design approach may not be everyone’s cup of tea. Still, we are pretty sure that the new Chevrolet El Camino would highly popular. Despite decades of absence, this vehicle still has a cult status among truck enthusiasts. The reason is quite simple, as such design provides a great combination of performances and utility, despite that overall practicality isn’t the strongest point.

In normal circumstances, such a long hiatus can be challenging in so many ways. After three decades, there’s no other way but to design a completely new vehicle. However, things with Chevrolet El Camino doesn’t need to be like that. If you are familiar with the Australian market, you know why.

In this part of the world, a coupe utility vehicle lasted for much, much longer. Even today, we can see so many of them on the road. A model similar to El Camino, simply called Ute, was in production until two years ago, under Holden’s badge. Eventually, Holden’s management decided to drop this engine in favor of a brand-new crossover. 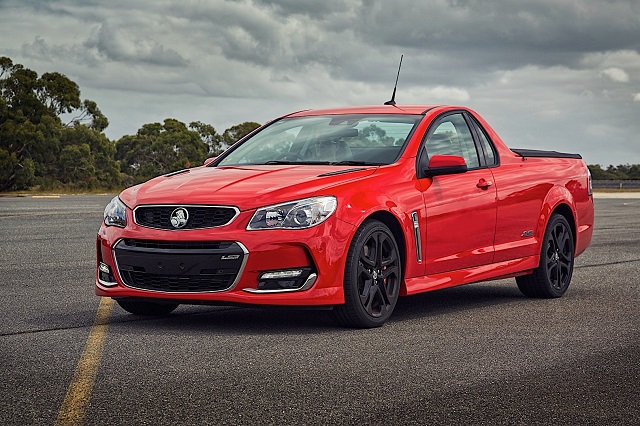 The interesting thing about the Ute is that it was heavily based on Holden Commodore and a good thing to know that this sedan rides on a familiar Zeta platform, the same one that underprints the previous generation of the legendary muscle car Camaro. Therefore, we presume that the new Chevrolet El Camino would have a lot of things in common with the current generation of this pony car. This refers to many things, including engines and even some styling details.

Considering all this, we may say that there are two possibilities for the Chevrolet El Camino. The first and the cheaper one would be to build a new model over the recently discontinued Holden Ute. This would mean certain upgrades in terms of mechanics, as well as with new styling. The other possibility would be to see a new model riding on the Alpha platform and sharing most of the parts, including aesthetics, with the Camaro. In both cases, we would see the same design approach, which means a single-row cabin in a combination with a cargo bed, all together packed in a quite sporty shape, with emphasized aerodynamics.

Chevrolet El Camino SS, Why Not?

Naturally, if the new coupe ute is about to come, we would definitely expect to see some hi-performance version in the offer. Of course, the first thing that comes to mind is the famous SS version. The company doesn’t use this badge in North America anymore. Still, that doesn’t mean we won’t see it in the future. Moreover, something pretty similar to the future Chevrolet El Camino SS can be seen on the roads of South Africa.

In this part of the world, you can find a model called the Chevrolet Lumina SS. This is something we can call the South African El Camino, as it comes with all the necessary ingredients we expect to see in the new Chevrolet El Camino. This includes the engine too. The Lumina SS features a well-known 6.0-liter V8 engine, which is good for about 362 horsepower. Despite the decent amount of power, this is still an older-generation engine, which isn’t particularly efficient. That’s one of the reasons why we believe in something much newer. 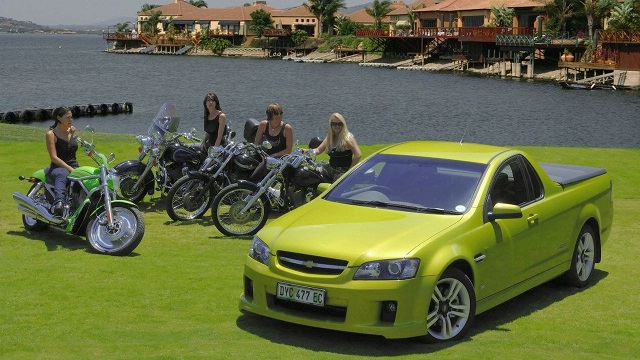 By much newer, we mean a well-known 6.2-liter V8. This engine can be found in many variants starting from the most basic one, which powers Chevy Silverado and delivers around 420 horsepower. Still, we presume that this hi-performance version would feature something more powerful, though that doesn’t necessarily need to be a hi-output version with 650 horsepower, which can be found under the hood of Camaro. In our humble opinion, somewhere around 550 horsepower seems like a perfect measure.

Chevrolet El Camino May Come Soon, But Not Before 2021

All these things certainly indicate that the Chevrolet El Camino will come in the near future. The market definitely needs a vehicle like this and a good thing for Chevy is that there is no real competition at the moment. Also, the price of such a vehicle, at least in most basic variants, would be pretty attractive, maybe even lower compared to traditional pickups like Silverado or even mid-size Colorado. However, we aren’t 100% sure about Chevrolet El Camino and its arrival at the moment, as we are still waiting to hear confirmation from the officials.