Although it was initially planned for the 2023 model year, a mid-cycle refresh of Chevy’s heavy-duty pickup will happen a year later. The 2024 Chevrolet Silverado HD will be the model to receive an update and from what we know so far, there will be a full load of changes that will make this pickup way more competitive.

From what we know so far, one of the biggest novelties will be a completely redesigned interior, which will follow the path of the light-duty 1500 model, which came with a completely new cabin recently. Furthermore, the styling will be also updated, while big things are expected under the hood as well.

The updated 2024 Chevrolet Silverado HD should arrive sometime in the next year. 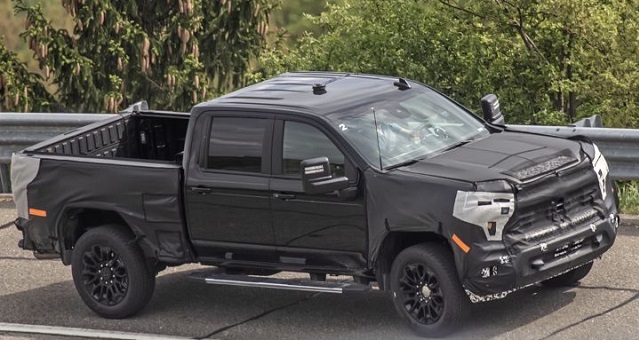 As you can see, this will be more than a typical facelift. This will be a pretty comprehensive update, which will include changes in all aspects. First of all, we will see some styling updates. The test mule has been spotted but it still wears camouflage. Therefore, it’s hard to talk about details, although it’s quite obvious that the front end will be the area with the biggest changes. The rear end will get some revisions too, in terms of the new tailgate, new taillights etc.

Besides visual upgrades, we might also see some suspension upgrades. This particularly refers to the rear axle, which would come with a new setup that would provide a smoother ride, but also ensure some improvements in terms of towing and hauling.

This will be one of the most notable updates for the 2024 Chevrolet Silverado HD. From what we know so far, the new cabin will be heavily influenced by the half-ton model, which has just received a complete cabin redesign. 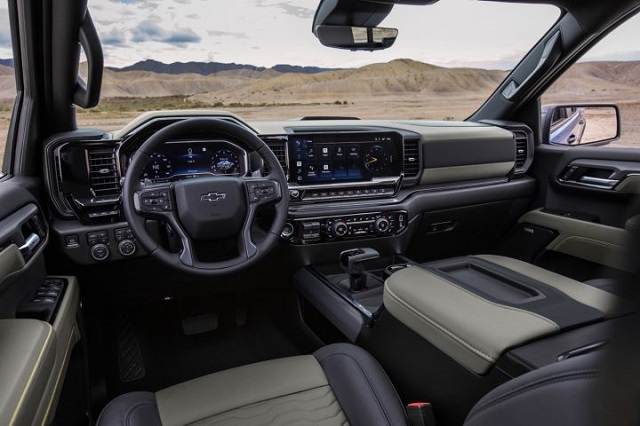 The new cabin will be characterized by much more attractive aesthetics. You can also notice a lot of tech goodies in the new Silverado 1500 and we have no doubt they will find a place in the HD models as well. This refers to the massive infotainment screen, as well as to the new digital instrument cluster. Of course, we also count on new connectivity features, as well as on new driver-assistance features, including Super Cruise.

The rest of the cabin will also come with new aesthetics, though the overall layout will remain the same. Therefore, you may count on familiar cab styles and bed sizes on the offer.

Big things are expected under the hood as well. According to the latest reports, the diesel engine will get a significant power and torque upgrade. While the current version of the engine features around 445 horsepower and 910 pound-feet of torque, the upgrade will bring the max output up to 500 horsepower and an impressive 1.100 pound-feet of torque. This 6.6-liter V8 turbodiesel will continue to go in pair with a 10-speed automatic transmission.

On the other hand, the 6.6-liter V8 gasoline engine will continue in the same way, when it comes to power and torque. It will feature 401 horsepower and 464 pound-feet of torque. On the other hand, we expect that the current 6-speed automatic will be replaced with a 10-speed unit, the same one that’s used for the diesel version.

It’s still early to talk about a more precise date but we presume that the 2024 Chevrolet Silverado HD may arrive already next spring or summer. In any case, we expect that base model will go around 40.000 dollars. Of course, the competition remains the same – Ram HD and Ford Super Duty.