Electrification is taking over the automotive market and that doesn’t exclude pickup trucks either. What’s particularly specific about this segment is that we are seeing a lot of startup companies working on their all-electric pickups, such as Rivian or Bollinger. Among them, there is also a company called Hercules. Founded in 2018, this company is also working on a brand-new electric pickup, which would come as the 2023 Hercules Alpha. At this point, we are still waiting for more information about the launch date.

What’s particularly interesting about this pickup is that it won’t be built from scratch. The company found a way to cut development costs, so the complete focus of the development is on the drivetrain and overall performance. In that aspect, the company came up with some really big promises. 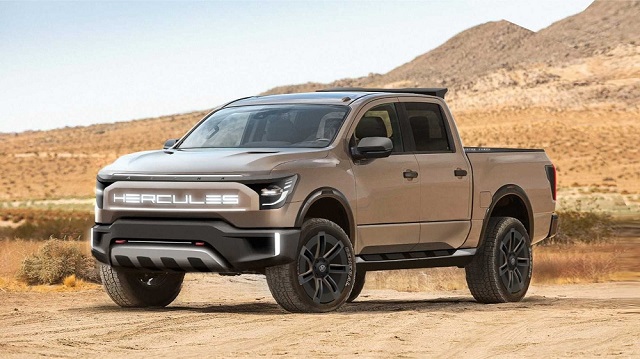 As we’ve just mentioned, the company found a way to cut development costs. Instead of building its own platform, it will borrow many parts from the Nissan Titan. This particularly refers to the base design, to things like the chassis etc.

On the other hand, the company will slightly modify the suspension setup, while the biggest changes will be in terms of the styling. While the overall silhouette looks a lot like Titan’s one, the front and rear ends are completely different. The front end comes with a closed grille and slightly revised headlights, while the bumper is completely new. One of the things we like is that Hercules designers don’t insist on making this pickup look too futuristic. The same is with the rear end, where the only thing that looks futuristic is a long horizontal LED bar on the tailgate. 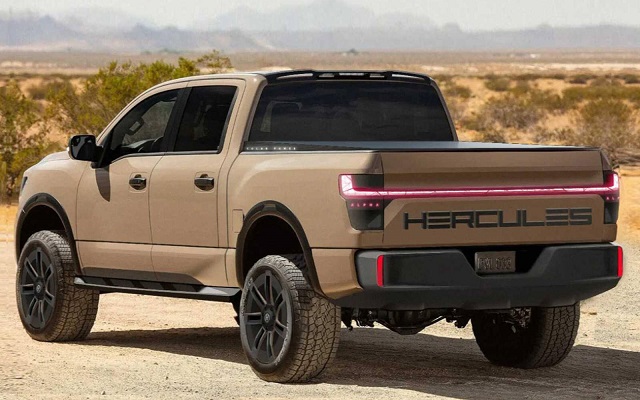 If we can trust the company’s management, the 2023 Hercules Alpha will feature pretty impressive performances. The initial plan was to make a pickup that accelerate from zero to sixty in four seconds, but recently, the company came up with a more ambitious plan, where the acceleration would take just three seconds, while the top speed would go around 120 miles per hour. Also, the max towing capacity would go between 10.000 and 12.500 pounds, reports suggest.

Interestingly, the company didn’t come with any numbers in terms of power. Some sources speculate a 1.000-hp setup, which would include an all-wheel-drive layout, with four electric motors – one on each wheel.

When it comes to the battery, the story is the same. We don’t know the exact capacity but the company promises a pretty respectable range. The initial plan was 300 miles, but it went up to 350 after the latest update.

Since Hercules announced the new pickup, we’ve been hearing the same story – about how the 2023 Hercules Alpha is going to be a luxury pickup. Therefore, we have big expectations in terms of the interior quality and overall design. First of all, we count on fine and quality materials, as well as on a full load of tech features. However, it’s still early for details and the only thing we can rely on is a couple of rendering photos, which show a nice-looking dashboard, highlighted by massive screens. 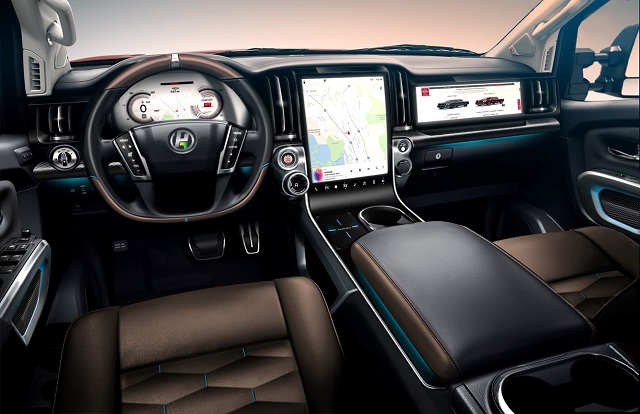 On the other hand, the Titan’s chassis clearly indicates the same amount of passenger space. We expect that the crew cab layout will be only one on the offer and, judging on Nissan’s generous amount of space, we expect the same from the 2023 Hercules Alpha.

The latest plan suggests the 2023 Hercules Alpha’s arrival by the end of this year, but we won’t be surprised if we see another delay soon. Most reports suggest that the new pickup would go in a price range between 75.000 and 150.000 dollars. 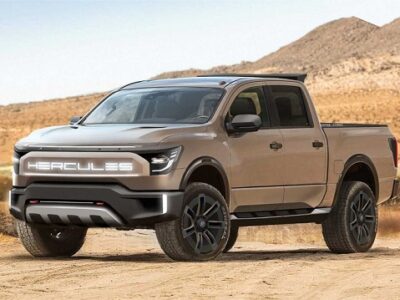