Chevy’s truck lineup is in a redesign process. The new light-duty models already came, while HD models are about to hit the market soon. However, that won’t be all from GM. According to the latest reports, the major carmaker is also planning to introduce a version that won’t be for civil purposes, but rather for military service. GM has already established a subbrand called GM Defence and the new truck will be co-developed with the U.S. Army’s Tank Automotive Research, Development and Engineering Center. The new model will come as the 2020 Chevy Silverado ZH2. It will have a lot of interesting things to show, starting from a hydrogen fuel cell drivetrain.

Therefore, we have no doubt that many technologies and design solutions will find their way to commercial models in the future as well. That probably the most interesting thing to hear for an average truck driver. 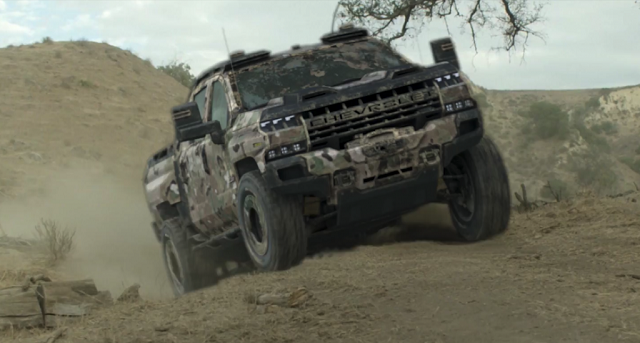 Besides the powertrain, the 2020 Chevy Silverado ZH2 will come with many other interesting design characteristics. Still, the base layout will be based on the new HD models, which are about to hit the market later in the year. Even the styling will have a lot in common and features Chevy’s new HD face, which is rugged and futuristic at the same time, which seems perfect for this occasion. Of course, the mechanics will be closely related as well. The military truck will also adopt the company’s new T1 platform. It brings notable weight savings, as well as with improved driving characteristics. 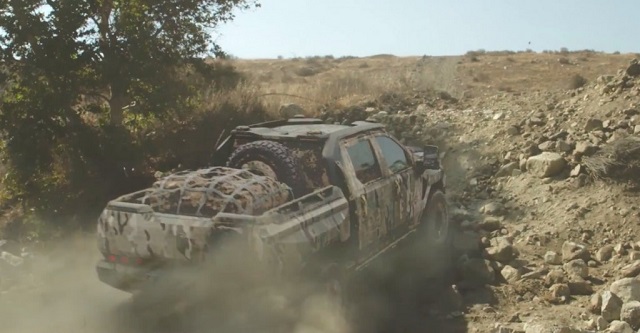 Probably the most interesting thing about the 2020 Chevy Silverado ZH2 will be its drivetrain. The new truck is about to feature hydrogen fuel cell powertrain. The exact details are still unavailable, as the new system is still under development. Still, some reliable sources are suggesting that the new model will come with powerful electric motors on both axles and that the hydrogen will be stored in a quartet of 700 bar tanks. Such a huge capacity is required, considering that the new truck is expected to be pretty heavy. Still, it should feature pretty solid numbers when it comes to the range as well. Allegedly, the new truck will be able to make around 400 miles on a single charge. More details about the drivetrain and performances will be known in the future. 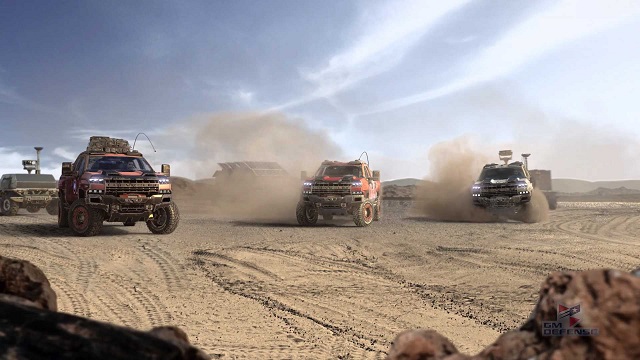 The new truck is still under development. However, if we consider that most of the parts will be borrowed from the civil Silverado, the new model should be ready for the next year. Of course, this model won’t be in the offer for civils. Still, its importance seems huge, considering that all those technology achievements will find their way to commercial purposes one day. This particularly refers to hydrogen fuel cell powertrain, which is often as the real fuel of the future, rather than battery electric vehicles.