One of the interesting things on the truck market is that Chevy still hasn’t released a model that would be a direct rival to Ford F-150 Raptor. Yes, there models like Trail Boss, or Z71 upgrade, but none of these models is actually a match for the Raptor. Fortunately for all Silverado lovers, this will change in the near future, as the 2022 Chevy Silverado ZRX has been confirmed.

This will be a genuine off-road pickup truck, with all kinds of upgrades that will make it a serious performance truck. At this point, we know for a couple of details, but more info should be available in the future as well. 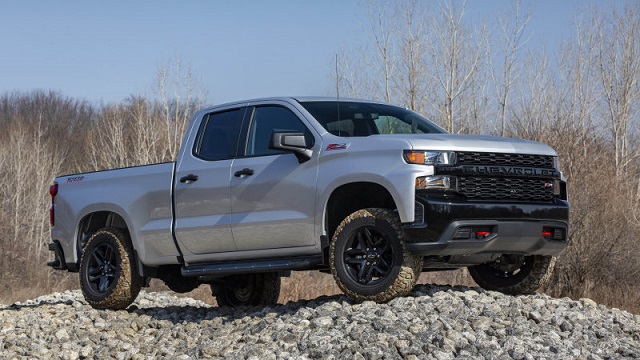 Of course, the most interesting thing about the 2022 Chevy Silverado ZRX will be off-road upgrades. At this point, we know a couple of things that are coming for sure. One of the things we know for sure that’s coming is Multimatic-sourced Dynamic Spool Suspension Valve (DSSV) position-sensitive dampers. Such dampers can be found in the smaller Colorado ZR1, so we expect versions for this truck as well.

Also, another feature that will certainly find its place in the 2022 Chevy Silverado ZRX is locking differentials front and rear. Naturally, we count on other Fox suspension components, though an official confirmation is yet to come.

Naturally, this truck would require a couple of distinctive styling details as well. One of the first things that come to mind is a new set of wheels. New rims and off-road tires are a certain thing, but the latest reports are also suggesting new bumpers design. The new ones will feature new shape and won’t just look more attractive, but will feature a bigger approach and departure angles as well.

Of course, that won’t be all from the 2022 Chevy Silverado ZRX. We expect to see other typical off-road upgrades, as well as on things like exclusive color options, graphics and similar things.

A couple of exclusive details will come inside as well. We could see new sports seats, ZRX stitching, unique color schemes etc. Also, we count on a quite exclusive list of features, as we expect from this truck to be not just capable, but luxurious as well. 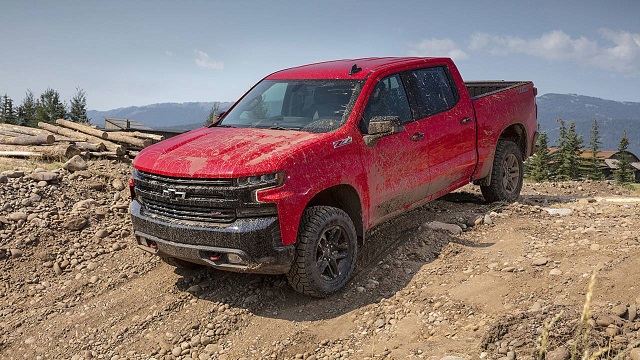 Interestingly, most reports don’t suggest any engine upgrades for the 2022 Chevy Silverado ZRX. According to them, the new version would come with the same 6.2-liter V8, which delivers around 420 horsepower and 460 pound-feet of torque.

That seems like a fair amount of power, but the Raptor comes with 30hp and 50lb-ft more, not to mention that it is also lighter. Also, keep in mind that the Blue Oval company is also planning a new Raptor, which would come with a V8 engine and a max output over 700 horsepower. Add to this a mighty Ram Rebel with Hellcat engine and it becomes crystal clear that 2022 Chevy Silverado ZRX needs something more powerful.

Fortunately, GM already has a couple of engines that can be a perfect fit for this performance truck. A 6.2-liter V8 comes in two supercharged versions, known as LT4 and LT5 versions. The first one powers Camaro and delivers around 650 horsepower. The LT5 is even more powerful. It can be found under the hood of Corvette ZR1, with a max output of 755 horsepower.

Another interesting rumor about the 2022 Chevy Silverado ZRX is a diesel version. According to some reports, the new truck will be also available with an oil-burner. Of course, this version would feature a familiar 3.0-liter inline-six turbodiesel, which is good for about 277 horsepower and 460 pound-feet of torque.

When will we see 2022 Chevy Silverado ZRX?

According to the latest reports, the 2022 Chevy Silverado ZRX is about to arrive in about two years.